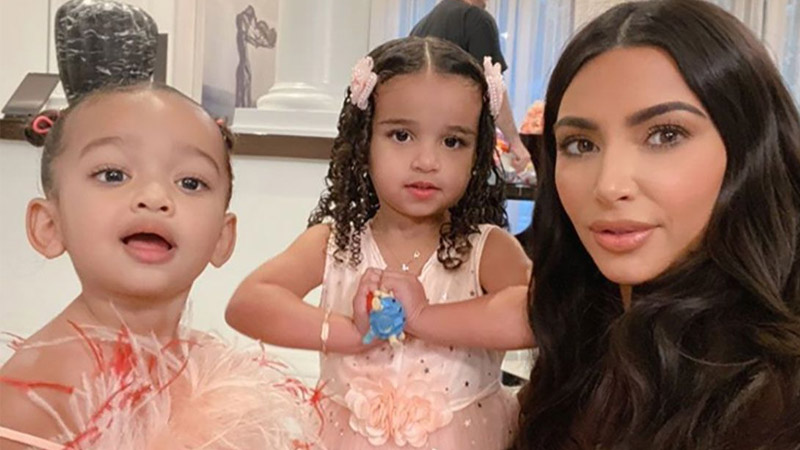 In a post shared by Kim Kardashian, the cousins were pictured giving each other a big hug as they snuggled in bed

Kim Kardashian shared a sweet photo on Instagram of daughter Chicago West snuggling up to her cousin True Thompson on Wednesday.

“These girls 💕💕” Kim, 40, wrote in the caption for the snapshot, which showed the cousins, both 3, giving each other a big hug as they wore pajamas and lay on some pillows.

Kim also tagged her sister and True’s mom Khloe Kardashian, who commented on the post, “Our angel babies!!!!!! ❤️❤️❤️❤️”

Last week, Kim shared a slideshow of photos showing Chicago, True, and Kylie Jenner’s daughter Stormi Webster playing together while wearing colorful dresses, which appeared to be from the family’s recent Easter celebrations.

In the first snap, Chicago and True grinned widely at the camera, while Stormi, 3, looked off to the side. For the next picture, Stormi threw her arms up in the air, while the third image showed the girls sorting through what appeared to be pieces of candy on the floor.

“TRIPLETS (swipe for lol’s),” Kim wrote in the caption.

The Kardashian-Jenner family has long referred to the girls as “triplets” due to their close birthdays: Chicago was born in January 2018, while Stormi arrived on Feb. 1 of that year and True was born that April.

Kim first used the nickname in September 2018 when she shared a photo of the three girls as babies playing on the floor together. “💕 The Triplets 💕” she wrote in the caption.