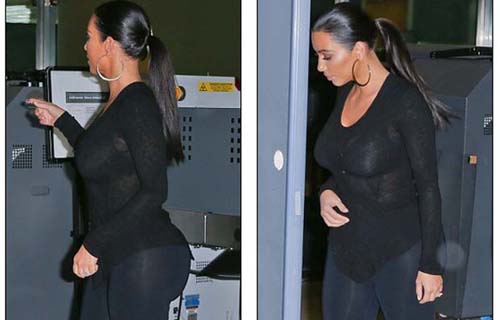 Kim Kardashian reveals her curves in VERY tight dress as she strips off fur coat for airport body scan again. She flew to New York for less than 24 hours to surprise a friend. And on Sunday, Kim Kardashian was jetting back out of the Big Apple after her whirlwind trip. 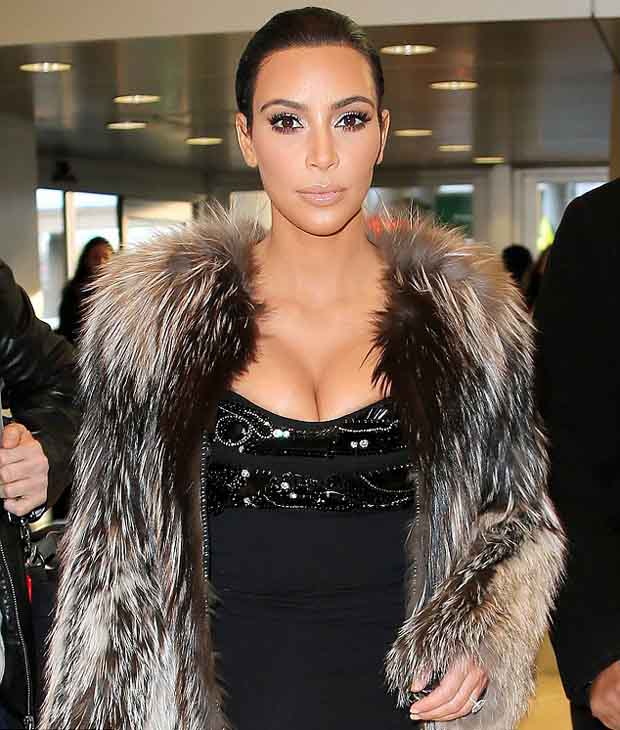 The 34-year-old reality star revealed her eye-popping curves in a very tight dress as she removed her fur coat while going through security at JFK Airport. The black frock featured a beaded bodice that showcased her cleavage to maximal effect and a tight skirt that highlighted her famous derriere. The Keeping Up With The Kardashians star strut her stuff in pointed-toe stiletto boots and carried a chic white alligator purse. She wore her hair swept back in a sleek low ponytail and highlighted her big brown eyes with shimmering shadow and plenty of mascara. 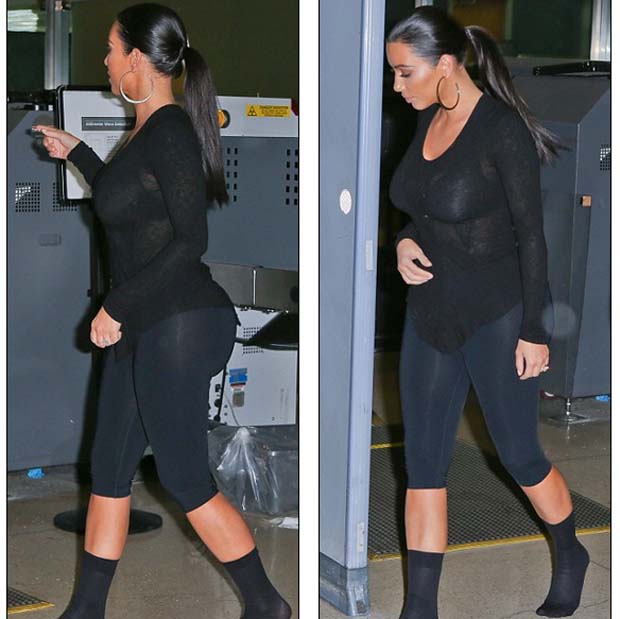 Kim accentuated her pout with nude gloss, complimenting her porcelain complexion. Earlier that day, the raven-haired beauty Instagrammed a photo of herself having her make-up done, with her image blown up on a large screen. She wrote: ‘Today was such a fun special day! I flew to New York to surprise my make up artist of 7 [email protected]’s entire Master Class by being Mario’s model for his make up seminar!!! ‘I loved meeting everyone and getting some good make up tips!’ Kim revealed her famous curves in a tight black outfit, wearing a pair of knee-length leggings and a long-sleeved sheer top through which her bra was visible. After putting her expensive coat on the conveyor belt, Kim had to take off her black suede boots and send them through the X-ray machine too. 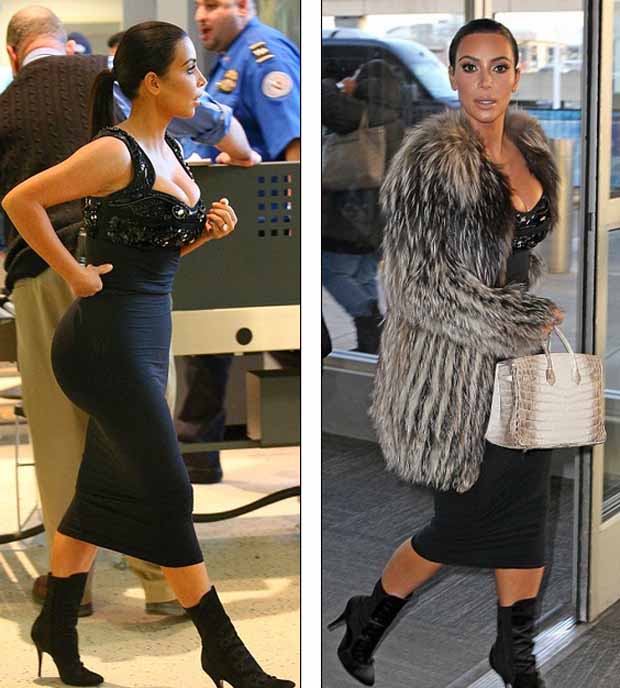 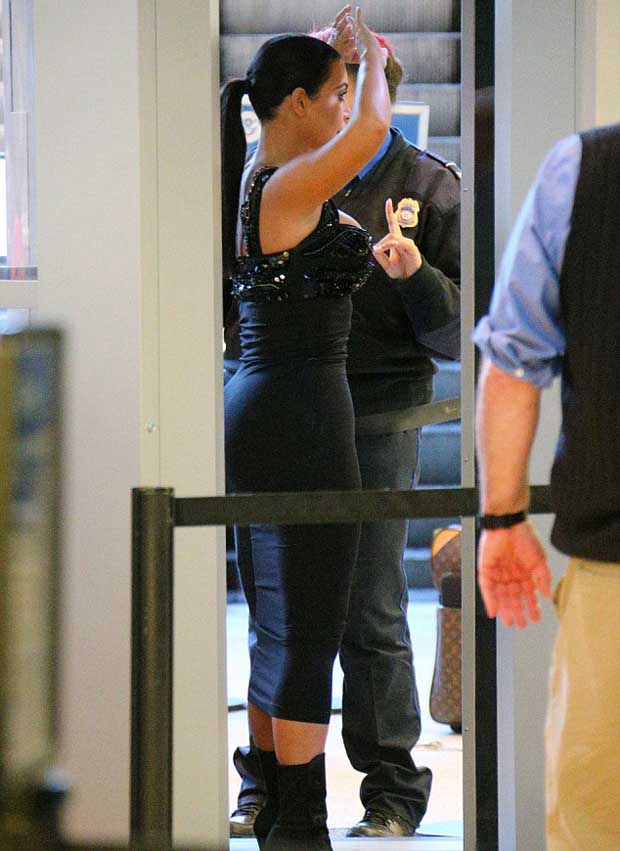 Earlier on Saturday, she attended the W magazine It Girls event, held at AOC restaurant in Los Angeles, where she hung out with the likes of Gigi Hadid and Nicola Peltz. 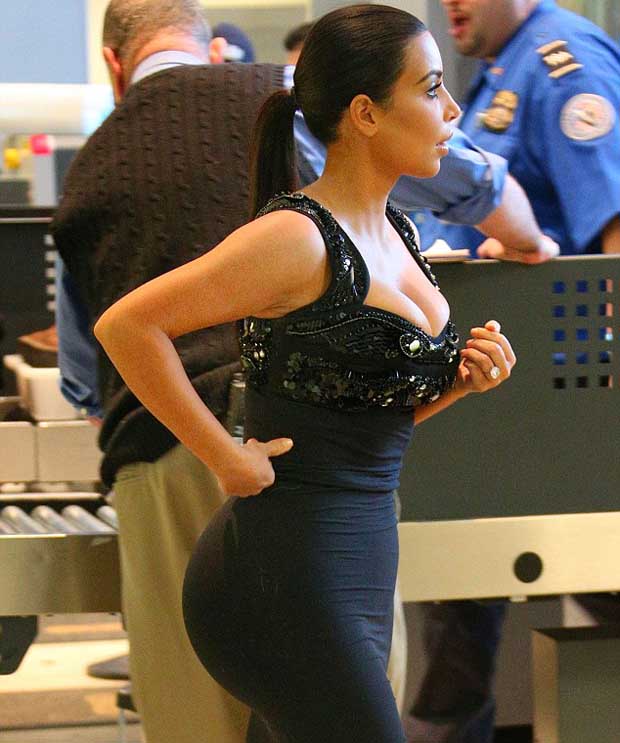