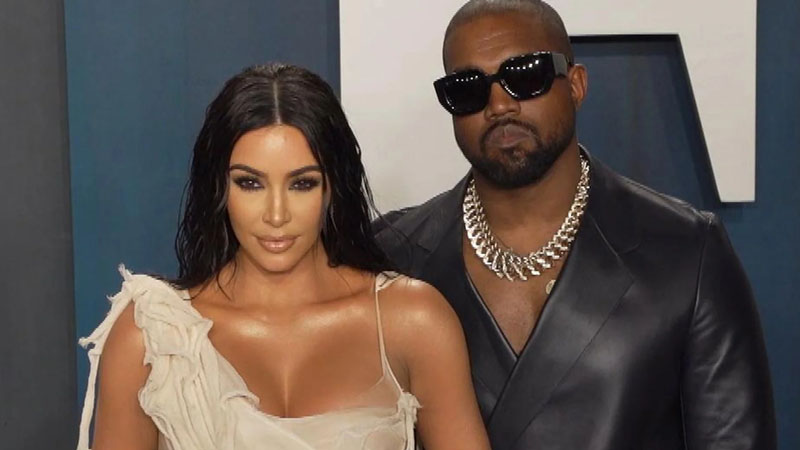 The reality TV star arrived to meet the rapper at his ranch in Wyoming to discuss the same matter in person on Monday. According to reports, Kim broke down and started crying owing to Kanye’s various Twitter tirades attacking Kim and her family.

In the midst of all the chaos, Kim is doing her best to protect her four children from any sort of pain or trauma.

“She is shielding the kids. All of her family is. They’ve circled around the kids and are insulating them from all of this,” a source told PEOPLE. “And everyone else has decided to create an atmosphere of normalcy around them.”

“They don’t need to see such a public meltdown,” the source added.

Recently, the kids were even spotted with Kim’s sister, Kourtney Kardashian, and her ex, Scott Disick, while Kim deals with her marriage issues.

Repenting on his behaviour on Sunday, Kanye sought an apology from Kim in a tweet.

“I would like to apologize to my wife Kim for going public with something that was a private matter,” he said. “I did not cover her like she has covered me. To Kim I want to say I know I hurt you. Please forgive me. Thank you for always being there for me.”

Talking about Kanye’s mental health, Kim had issued a statement saying, “I’ve never spoken publicly about how this has affected us at home because I am very protective of our children and Kanye’s right to privacy when it comes to his health. But today, I feel like I should comment on it because of the stigma and misconceptions about mental health,” she wrote.

“Those that understand mental illness or even compulsive behavior know that the family is powerless unless the member is a minor,” she said. “People who are unaware or far removed from this experience can be judgmental and not understand that the individual themselves have to engage in the process of getting help no matter how hard family and friends try.”

Emmy nominations 2020: See if your favorite shows made the cut