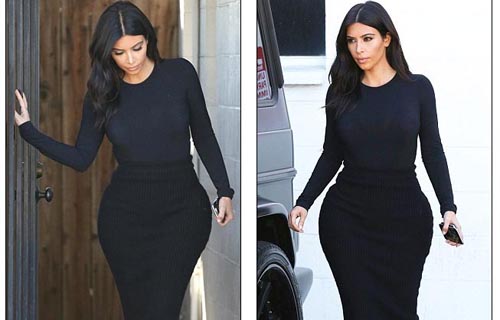 Kim Kardashian looks glum in clinging black ensemble after returning from birthday vacation with Kanye in Hawaii. She was whisked away to Hawaii by husband Kanye West to celebrate her 34th birthday. 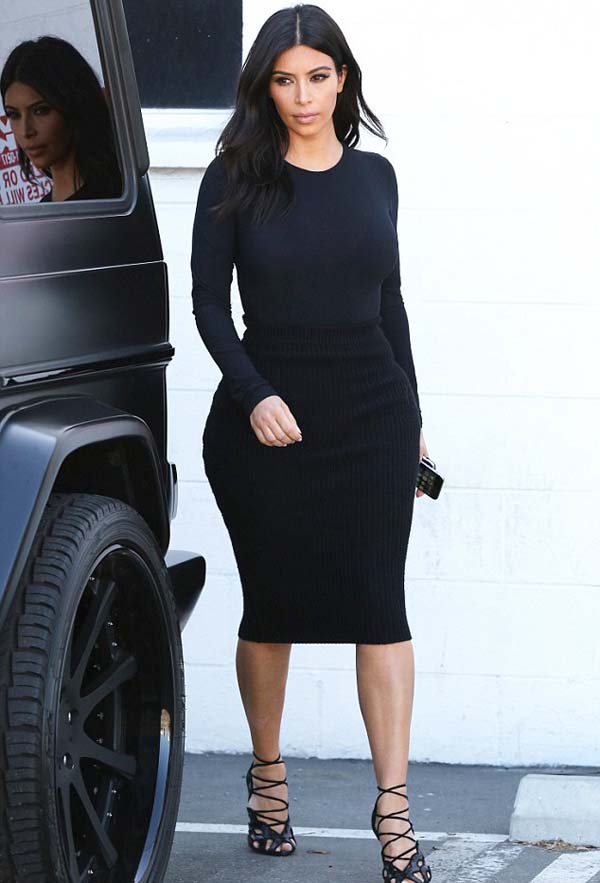 And Kim Kardashian looked like she was suffering from the holiday blues on Thursday as she was spotted looking rather glum in Los Angeles. The reality star emerged from a recording studio dressed in a clinging black outfit which showed off her famous curvaceous figure to the maximum. 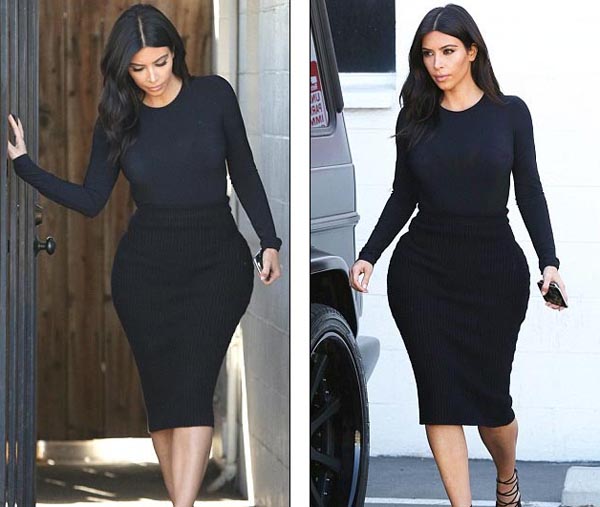 She wore her long dark hair in a straight style around her shoulders along with heavy eye make-up and nude lipstick. The star looked like she was busy filming the next season of her reality show, with a camera crew in tow as she left a recording studio.

Kim had clearly had a fantastic time in Hawaii after being whisked away by Kanye for a birthday surprise. Kim couldn’t resist sharing a scenic holiday snap of Maui with her Twitter followers along with the caption: ‘Good morning #BdaySurpriseGettaway.’ Later that say the E! star confirmed she was indeed in the tropical paradise with a hashtag #Hawaii. 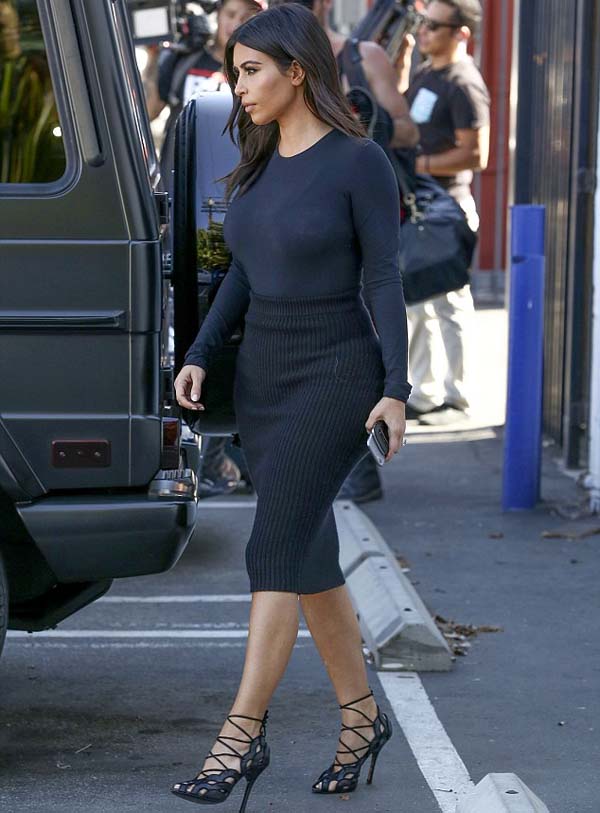 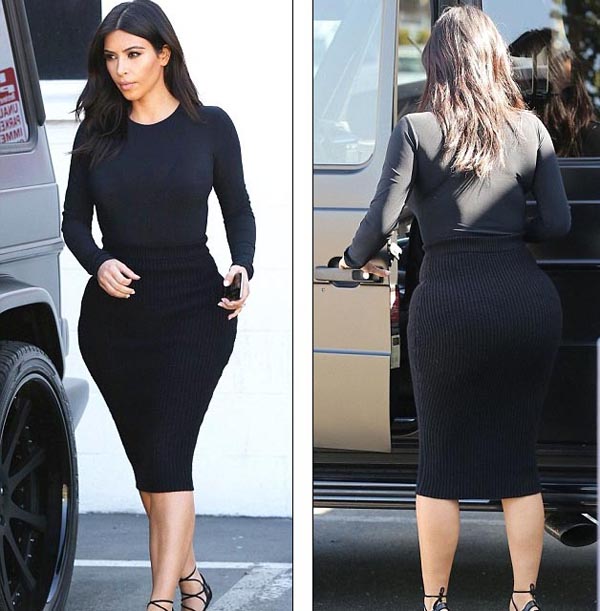 Popdust reported the couple were spotted having breakfast together at the Four Seasons Resort Maui at Wailea. ‘They actually looked like any other regular couple, I had to do a double take to make sure it really was them,’ an onlooker told the site. ‘They must be staying at a private villa because I haven’t seen them around the hotel, on the beach, or around any of the pools. Secret trip: Kim Kardashian and Kanye West, pictured here in Calabasas on Sunday, are holidaying in Hawaii.