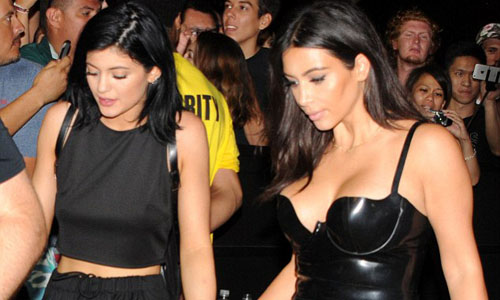 Kim Kardashian puts on eye-popping display in skintight leather as she supports Kanye West at music festival. Her husband Kanye West was the headliner at the Made In America festival on Sunday night. But Kim Kardashian wasn’t about to let him steal all the attention. The 33-year-old went all out in a skintight leather frock as she supported the rapper backstage, accompanied by her sisters Kylie Jenner and Khloe and mother Kris in Los Angeles. The reality star left little to the imagination in the fitted dress, which featured a very low-cut front.

The mother-of-one let her dress take center stage, adding simple nude heels and keeping her accessories to the minimum. Kim wore her dark hair loose and straight and opted for smokey eyes and nude lips. 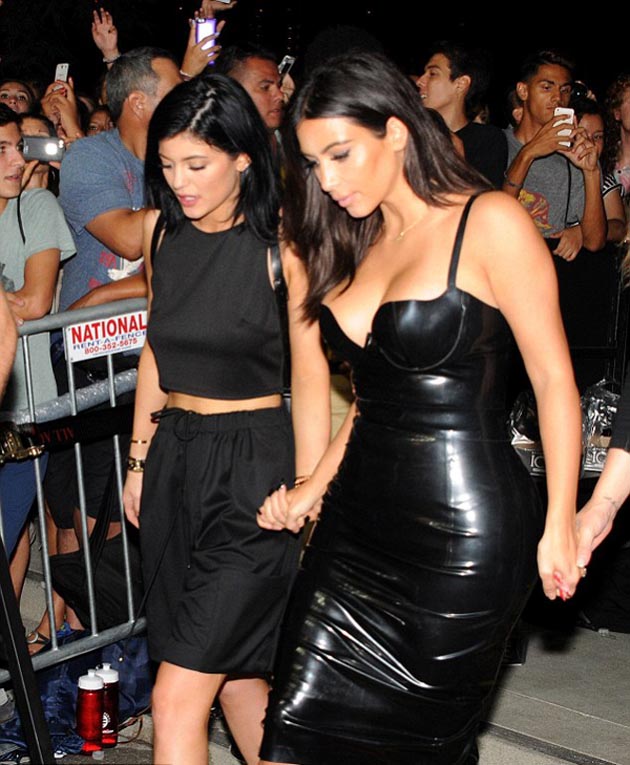 The brunette bombshell was seen holding her youngest sister Kylie’s hand as they made their way through a mob of fans. Kylie, 17, also opted for all-black, donning a drawstring skirt, sleeveless crop top and boots. She wore her dark hair straight and sported similar make-up to her famous sister.

‘Momager’ Kris, 58, was also in attendance, and like her daughters, went with an all-black ensemble. Khloe was seen with her arm around a man as she milled around backstage. Meanwhile, Kanye touched on his relationship with Kim during his performance at the same festival in Phliadelphia on Saturday night. 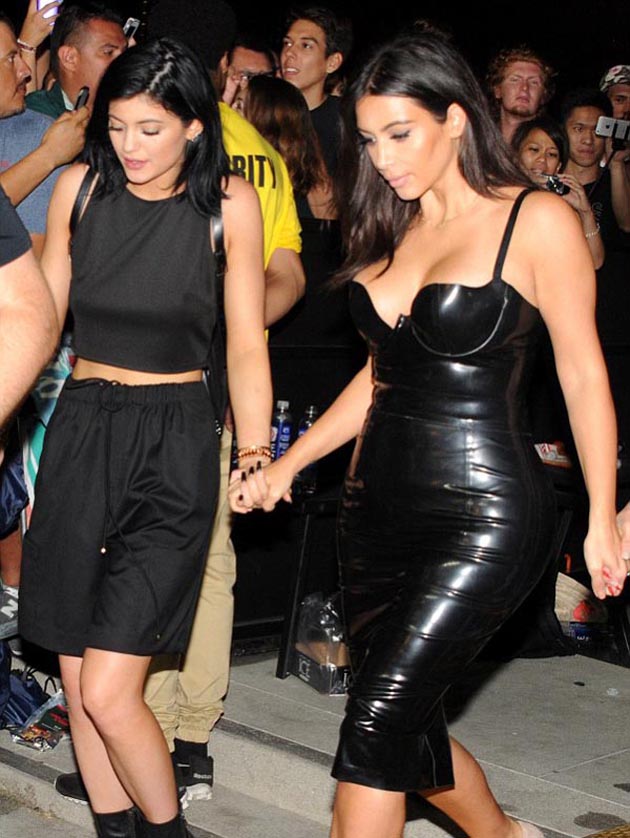 For me to be in a very publicized interracial relationship is not a joke. It’s something that should be treated with respect cause we’re all in this together,’ he told the audience. The star also tried to make light of his legendary ego, saying his intention is to help everybody with his creative work. 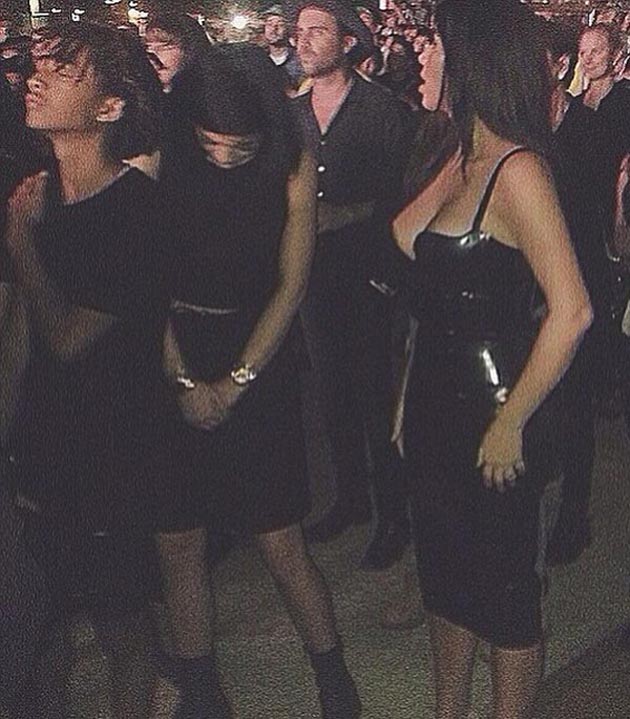 ‘They try to make it seem like a self absorbed thing, but the bottom line is that I want to be able to create more, to create more that can help more people,’ he said. ‘I know everybody’s doing their job.

But before we go to the next song, what I want people to realize is what we do we put our love, our heart, our pain, our story, our lives into it.’ 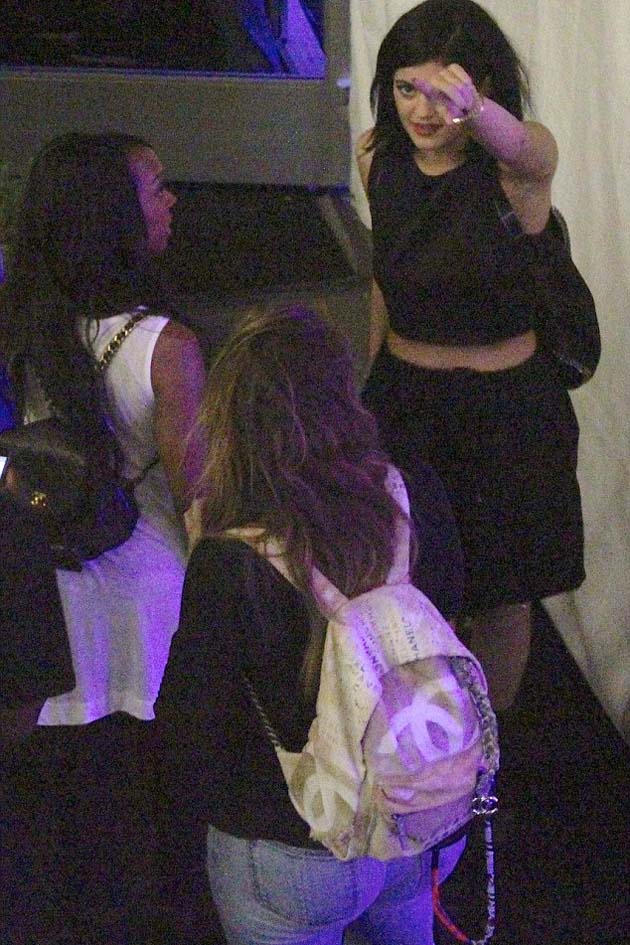 Deadmau5’s Nyan Cat car is an eyesore for Ferrari

Kim Kardashian Woman of the Year at GQ Awards

Elisabetta Canalis Flaunts Her Torso in a Tiny Bikini