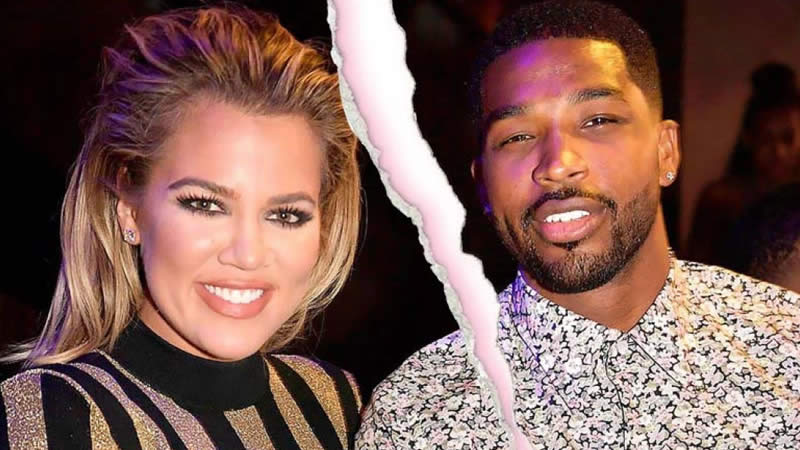 Khloé Kardashian has seemed ready to give her 3-year-old daughter True a sibling for a while now, but with news of yet another — and possibly final — split with Tristan Thompson, she might be looking for a new man to make this dream a reality. This would mean that, despite her sisters’ also having tumultuous relationships with their partners, Khloé could be the first Kardashian sister to have kids with more than one man.

According to TMZ and the New York Post‘s Page Six, and reported again on PEOPLE, the couple split a few weeks ago, after reports of Thompson’s alleged infidelity with Instagram model Sydney Chase in the fall while he was with Kardashian. The Daily Mail also reported that Thompson was seen partying with multiple women in Los Angeles on Friday.

The on-again, off-again couple had been back together since August 2020, with Kardashian hopeful that Thompson’s previous two cheating scandals were a thing of the past.

“Khloé is hopeful that Tristan has changed for good and will continue to grow and be the great and loyal partner that he has been throughout their time together during the [coronavirus] quarantine,” a source exclusively told Us Weekly at the time. “The fact that Tristan hasn’t been working or been able to hang out with his friends and other athletes who have previously been a negative influence on him like he used to has been great for their relationship.”

The insider added that the pair “would love” to expand their family, noting “[Their] daughter, True, is the perfect age for a sibling.”

In a March Keeping Up With the Kardashians clip, Khloé talked about how she and the professional basketball player were considering surrogacy.

“[My doctor] said that I would be, like, a high-risk carrier for a pregnancy,” she said. “I’m not gonna get into specifics on camera, but they said it’s an 80 percent chance I’ll miscarry. I almost miscarried with True at the beginning. But I didn’t know that was a lingering thing. … She said she would feel terrible putting [an embryo] in without warning me that most likely I wouldn’t be able to carry.”

“I did have one [surrogate] and then it fell through,” the reality star said during the June 2021 KUWTK reunion. “It’s a very tedious, hard process. And it was interesting because Kim went through the journey, and I swear it felt like she said, ‘I want to get pregnant,’ and two weeks later she found a surrogate.”

Kardashian also revealed in a March 2021 episode that she had three healthy embryos, two boys and one girl. She said she planned to have the girl first so True would have a sister close in age.

The embryos add a twist to the story, meaning Khloé could potentially have another child with Thompson — if he agrees — even if they’re no longer a couple. Stay tuned! if there’s one thing we know about the Kardashians, the drama never ends.