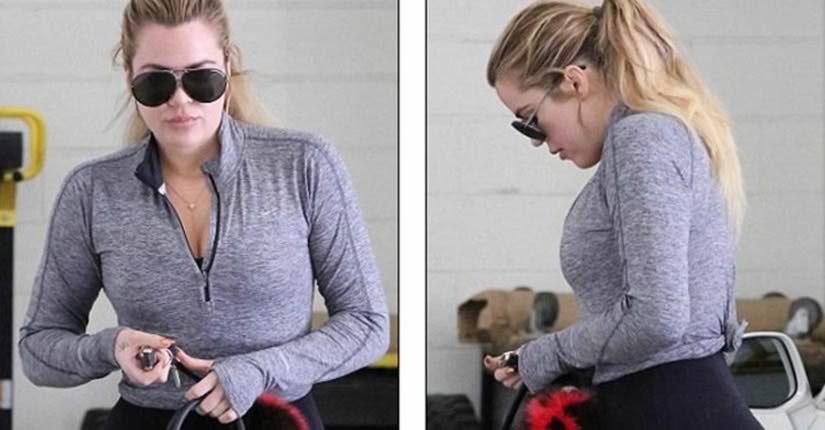 Khloe Kardashian puts on a booty-ful display at the gym… before posting a motivational message about fitness. She just returned from a whirlwind trip to Chicago, but there’s no slowing down Khloe Kardashian. After jetting into LAX earlier on Tuesday, the 30-year-old reality star hit the gym in Beverly Hills, working up quite the sweat.
[contentblock id=1 img=adsense.png]
Taking to her Instagram account hours later, Khloe posted a motivational message about fitness to her fans, saying: ‘Sweat is fat crying!’  The Keeping Up With The Kardashians #KUWTK star put on a booty-ful display in a pair of skintight leggings. 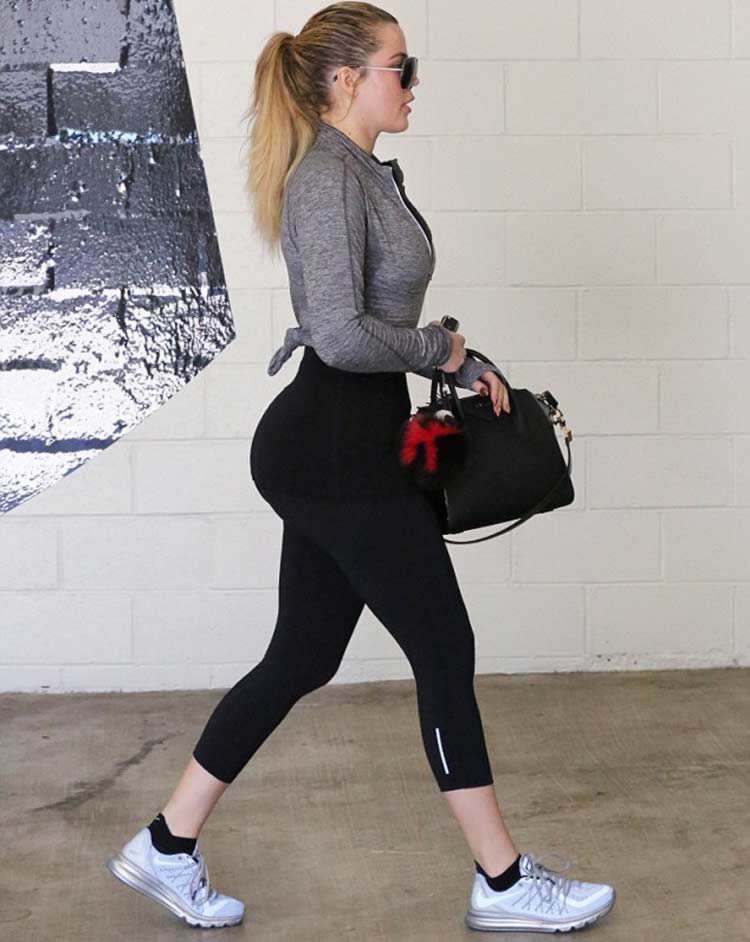 She also flashed a hint of cleavage in a skintight grey pullover over a black top.  Khloe strode along in grey sneakers while carrying a black Givenchy purse and concealing her eyes behind aviator shades, with her hair swept back in a ponytail.
[contentblock id=3 img=gcb.png] 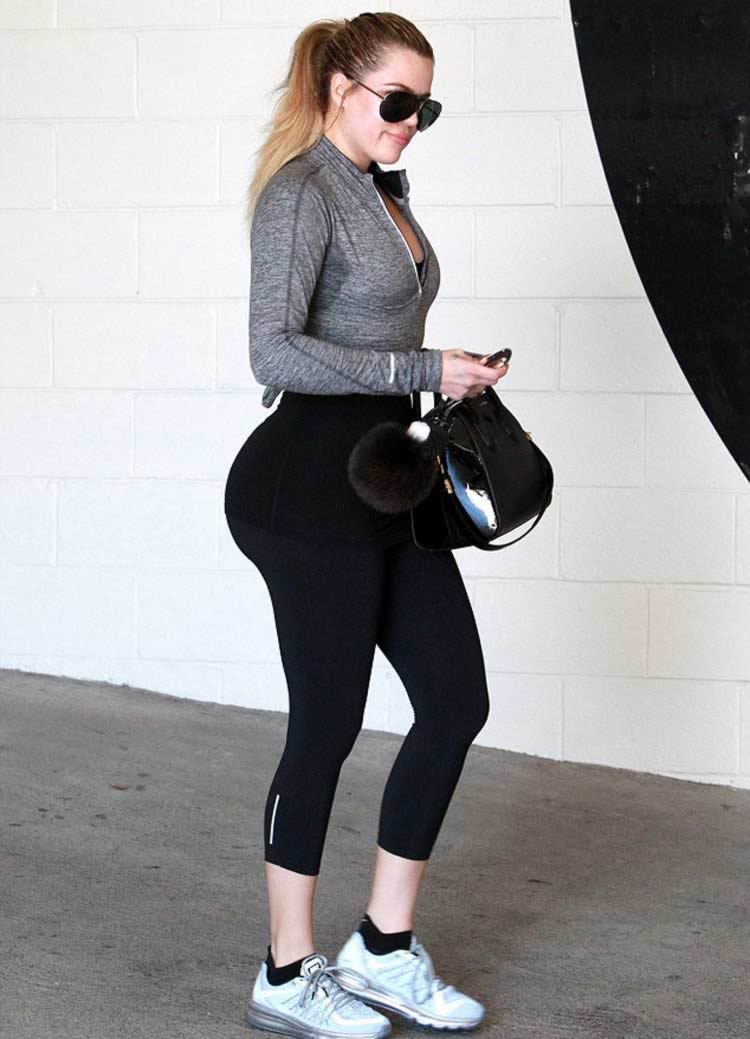 The younger sister of Kourtney and Kim had just returned after spending Monday in Chicago, attending a Kardashian Beauty event. On Monday, she Instagrammed a glowing photo, showing off her flawless golden complexion and beachy blonde waves. Khloe captioned it: ‘Quick trip to Chi-Town wit my clique @makeupbymario @jenatkinhair #Glam #KBeauty #KBeautyHair @kbeautyhair’

Her hairstyle was created with the help of beauty products bought from a local drugstore. 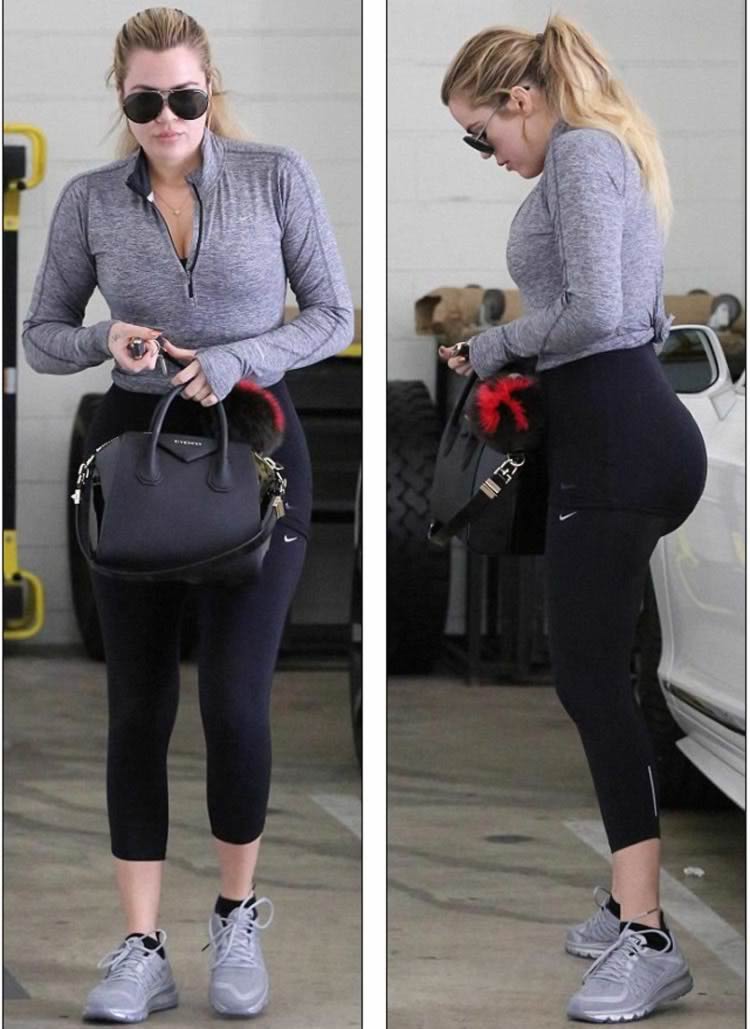