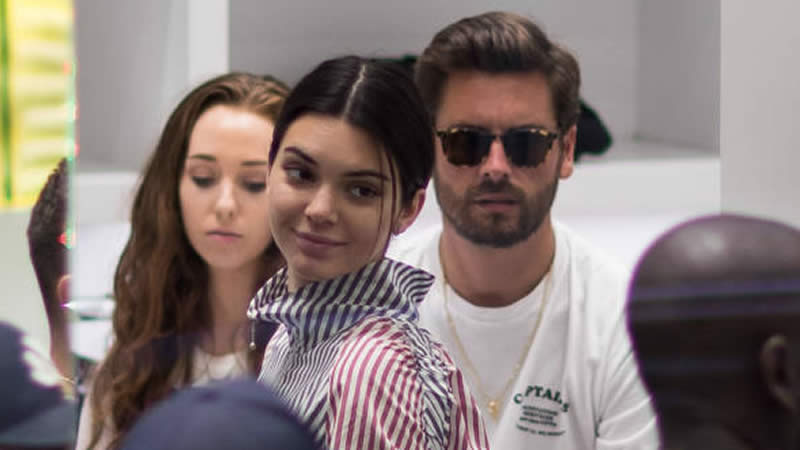 Scott Disick is adjusting to his new status as a member of the Kardashian-Jenner family.

The Kardashians continued where last week’s episode left off, with Kendall Jenner storming out after an explosive fight with Scott, 38.

The two had a heated dispute about Scott feeling left out of the family in the wake of his ex-girlfriend Kourtney Kardashian’s engagement to Travis Barker, as per PEOPLE reports.

After Kendall, 26, left the table, Scott told Kris Jenner, who witnessed their argument, that if he “shouldn’t be a part of this family anymore, I’d rather not be a part of it.”

Kris denied that anyone in the family ever said that and simply insisted, “Kendall’s stuck in the middle so that’s not fair to do to her, either. She feels terrible … you can’t make somebody do or feel what you want them to do. It’s only gonna get better and better.”

In a confessional, Kris added, “I don’t like it when anybody’s arguing, especially my kids, and Scott really needs to get ahold of his emotions right now and not get so rattled.”

Kendall immediately drove over to Kourtney’s house, where Khloé Kardashian was also waiting.

“Scott’s like, ‘What’s going on for Thanksgiving? Obviously, I’m not invited,’ and immediately it’s hostile,” Kendall recalled to her sisters. “He’s talking through me the whole time, and I’m like, ‘I don’t do that.’ I’ve been in enough toxic relationships, I can’t stand it anymore. I shut off.”

In a confessional, Kendall added, “He was victimizing himself, he was villainizing everybody else including me, which I have no ill intention towards him, and I love him and would always want him around so it just caught me off guard.”

Kourtney, 43, appeared to be distracted on her phone while listening to her sister scream and stated in a confessional that she did not want to spend any more time talking about Scott.

“I just don’t have the energy for this,” she said. “My head is on a different planet and I feel like I’m living a different life. I am unsubscribing from this drama.”

But Khloé, 37, was not happy with her sister’s reaction and insisted that Kourtney put her foot down when it came to her ex.

“I told you this weeks ago! We think you need to talk to Scott and set some real boundaries because everyone else is in the middle,” she said. “I do think you should say, ‘Hey, moving forward, stop talking to my family about things. You ask me if I’m comfortable, stop putting everyone else in the middle.’ Done. You’re supposed to be the boss here.”

“He’s not going to [Kourtney], because he knows he can’t get s— out of her,” she continued. “So, he’s gonna go to [Kendall], the least combative, but that’s so f—ed up he’s going to prey on you. That’s actually really f—ing rude.”

In response, Kourtney argued: “I want[ed] nothing but the best for him since we’ve broken up.”

Kendall then chimed in and suggested that Scott’s tensions with their family “have to come from a place of guilt though, too.”

“I’m sure it does hurt you,” Khloé said of Scott’s reaction. “I’m sure it really f—ing sucks to realize what you did to your life because once you have to swallow that pill, it’s a hard pill to swallow.”

Kendall didn’t arrange to meet with Scott until the end of the episode to repair the relationship and talk about what happened.

“I feel like that could’ve been, maybe, our first argument since we’ve ever known each other since you were 7 years old,” Scott pointed out to Kendall.

Kendall then reassured Scott that she’s “always been your supporter and I always will be.”

“There’s obviously a respect level for everyone involved in this situation, but it’s also such a fresh thing and I was trying to apologize to you at that moment cause it was raw,” she explained. “I should’ve thought better about that.”

Scott told Kendall that he could “understand” where she was coming from and that he is “not mad” with her. Kendall, on the other hand, claimed that the dispute “could’ve been handled differently.”

Kelly Clarkson and ex Brandon Blackstock reconciled on a Montana ranch, but now she’s dealing with a very ‘hole-y’ mystery

Johnny Depp joked about punching Amber Heard on her wedding day, friend claims: “We’re married — now I can punch her in the face”

One Direction will not reunite before 2020 after Larry feud