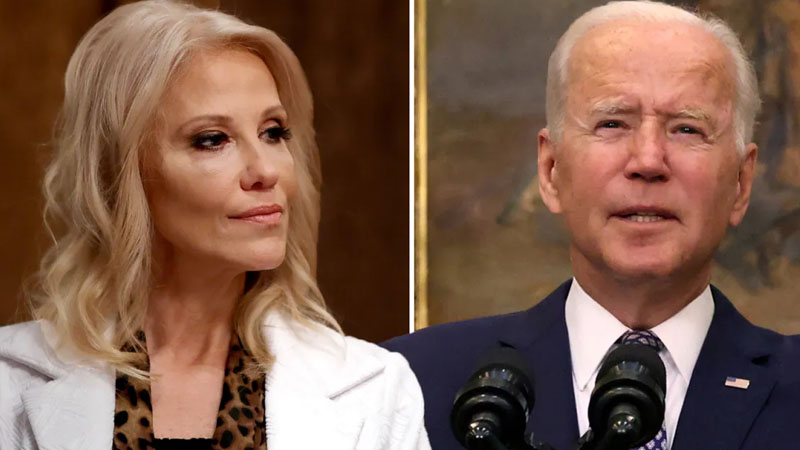 Kellyanne Conway, a former adviser to President Trump, responded after President Joe Biden asked her to resign from the Air Force Academy Board of Visitors.

The Board of Visitors was established to “inquire into the morale, discipline, social climate, curriculum, instruction, physical equipment, fiscal affairs, academic methods, and other matters relating to the Academy,” according to the Air Force Academy.

Members are elected on a three-year term.

Conway claims she was asked to quit or “be terminated by 6 p.m. Wednesday night,” as per the letter. She concludes the letter by stating that she will not resign.

Former advisor Sean Spicer also shared a letter from Catherine Russel, Director of the White House Presidential Personnel Office, asking for his resignation as a member of the Naval Academy’s Board of Visitors.

Spicer was asked to submit his resignation by the end of Wednesday, according to the letter. If his resignation is not received by 6 p.m., his position on the board would be terminated.

Rep. Doug Lamborn reacted to Spicer’s resignation request, accusing Vice President Joe Biden of “politicizing our military.” Lamborn then demanded that the Secretary of Defense intervene to prevent Biden from these terminations.

Lamborn also shared a letter he wrote, along with Rep. Mike Waltz and Rep. Don Bacon, asking the Secretary of Defense to allow the Board of Visitors for the military service academies to call their own meetings.

Lamborn stated in the letter that the Bois haven’t met since February. He mentions the USAFA requirement that the BoV meet at least four times per year. The requirement, however, does not specify when those meetings must take place throughout the year.

According to CNN, the Biden administration has told a total of 11 Trump appointees to quit or be fired. Michael Wynne, the former Secretary of the Air Force, has also been requested to step down.

Following the removal of hundreds of appointees from motherboards in February, the Pentagon restarted its other advisory boards.

The NFL Returns, Jimmy Fallon Celebrates it with a Goofy Song: ‘Football is Back!’