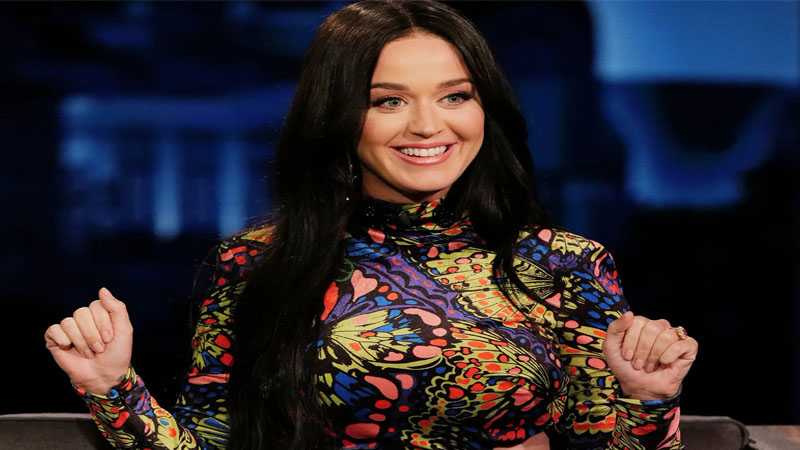 Katy Perry has a lot on her to-do list these days — but shaving her legs isn’t one of them!

During Sunday’s All-Star duet episode of American Idol, Perry, 36, said her mommy-duties have taken over her daily routine while commenting on contestant Cassandra Coleman’s stellar performance.

“Your voice is a spiritual experience,” the Idol judge told Coleman of her performance with singer Ryan Tedder. “It is other worldly, angelic. As a new mother I don’t have very much time so I’ve quit shaving my legs. But when you sang, the hair on my legs grew an inch an a half. Full body chills! It was amazing.”

To prove her point, Perry raised her legs up on her judge’s table so the camera could take a peek — and fellow judge Luke Bryan confirmed.

In February, Bryan opened up about how Perry’s been navigating being a working mom on the set of the ABC competition show.

“It’s just really amazing being there with Katy and watching her [be a mom],” Bryan, 44, said of his fellow judge, who welcomed her daughter Daisy Dove with fiancé Orlando Bloom in late August. “Sometimes in the breaks, she’ll FaceTim Orlando and little Daisy Dove. And so, I’ll get to say, ‘Hey.’ But just watching Katy embrace being a mother is a very beautiful thing to watch. I never had a doubt she would be a tremendous mother.”

“She’d come on set; she would’ve been up nursing all night,” he added of the breastfeeding mom. “Katy’s in the full swing of things with nursing, so we’ve had to work around her schedule. But she’s been a trouper and showing up and working like she always does. I know she’s doing it on minimal sleep, so she’s a rockstar.”

In late September, Perry shared a series of tweets about her experience of getting back work while raising her baby girl. “Popular misconception: being a mom isn’t a full-time job,” she tweeted.

Anne Hathaway apologizes to disability community after ‘The Witches’ backlash: ‘I’ll do better’