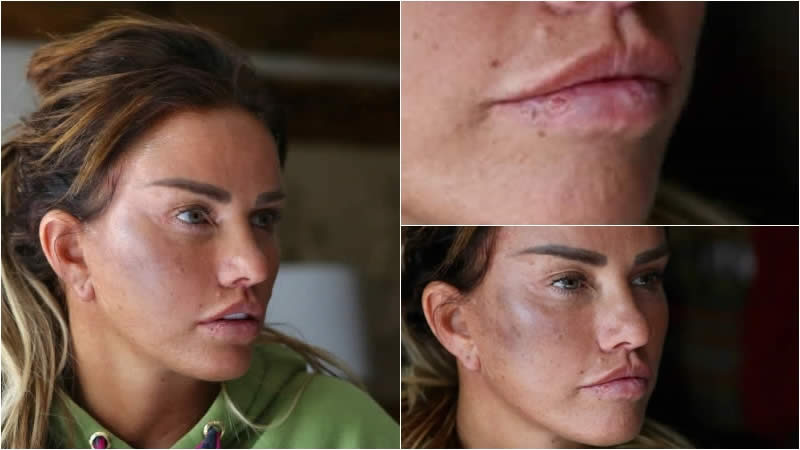 According to the PA news agency, the former glamour model suffered a facial injury in the incident.
Essex Police told in a statement that a 32-year-old male was detained on suspicion of assault following the incident in Little Canfield early Monday.

The force said: “We were called by colleagues in the ambulance service to reports of an assault in The Meadows, Little Canfield, shortly after 1.30 am this morning, Monday, August 23.

“We arrived and found a woman had sustained a facial injury which required hospital treatment.
“A 32-year-old man was arrested a short time later on suspicion of assault.”

The statement added: “He remains in custody.”

A source close to the star told that: “Katie is, understandably, utterly devastated.

“She was taken to hospital in an ambulance where she was treated for a suspected jaw fracture and split eye.”

Katie has not commented publicly.

The attack comes just days after the mother of five expressed her pride at Junior, her eldest kid with singer Peter Andre, signing his first-ever record deal. The 16-year-old has excitedly signed with Columbia Records.

“I am so excited and no words can describe how proud I am of my son @officialjunior_andre signing his very well-deserved record deal.

“From a young age I knew he would be a star it wasn’t long ago me Junior his dad and me were going through his contract to make sure everything is in place a right for him.

“Now the future is exciting. Watch the space. I love you, Junior.”

Katie will also make a pre-recorded appearance on Celebrity MasterChef on BBC One tonight.