The letters boast that her eight horses will all die and also call Jordan a ‘slag’, ‘a muva’ and ‘a c***’.

One of the letters is signed ‘Team Andre‘ at the bottom.

The four messages were put together using letters copied and pasted from a newspaper in a classic ransom demand technique.

The threats will strike at the heart of horse lover Katie, who has made appearances at the Horse of the Year Show. She was said to have sufferd a panic attack over the matter on Friday while in Ireland on a book-signing tour, the News of the World said.

“She was in tears about the threats”, a friend of Katie told News of the World. Police are now  investigating. 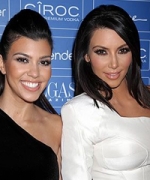