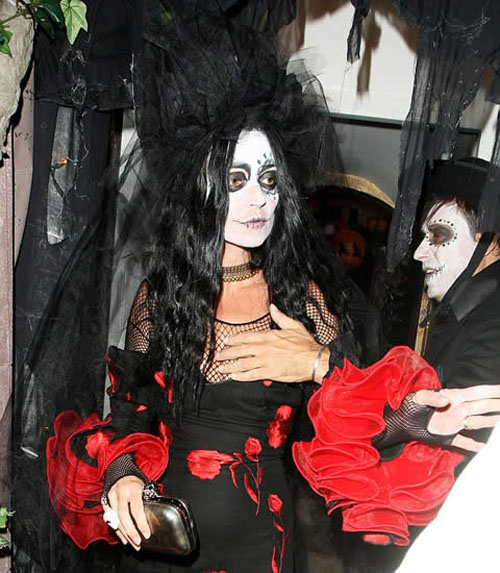 It was always going to be a ghoulish affair, but as the cinematic stock characters came out in force on Thursday evening it was supermodel Kate Moss who stole the show at Jonathan Ross’s annual Halloween celebration Arriving fashionably late, the 39-year-old supermodel was joined by husband Jamie Hince, who held her hand as they posed for photos for before making their way inside the genial talk show host’s Hampstead home. 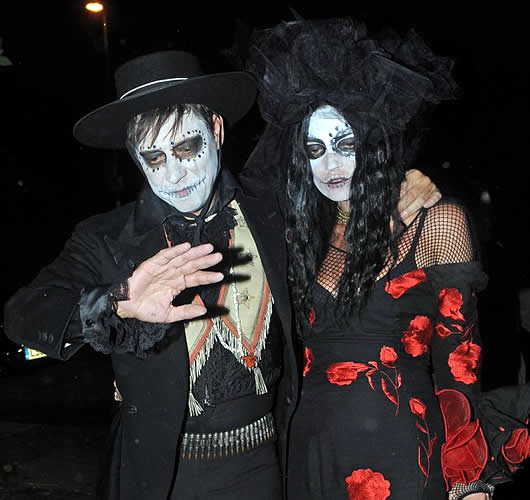 Kate Moss and Jamie HinceKate had opted to embrace a cultural theme by arriving as a ‘Skeleton-Lady’ – a symbol of reverence in Mexico, where she is commonly portrayed during the South American country’s national Day Of  The Dead (Día de Muertos) celebrations Making an entrance: Kate Moss and Jamie Hince make quite an entrance at Jonathan Ross’s annual Halloween bash in Hampstead on Thursday evening. 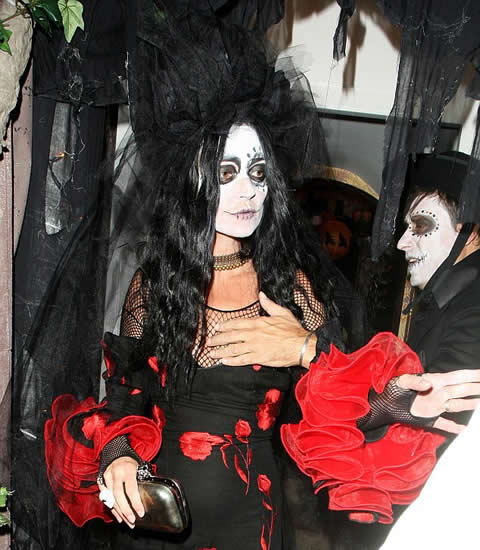 Jamie Hince and Kate Moss Hallowen PartyMaking an entrance: Kate Moss and Jamie Hince make quite an entrance at Jonathan Ross’s annual Halloween bash in Hampstead on Thursday evening The ghoulish look has been getting wider coverage thanks, in part, to celebrities sporting the look over Halloween.

Jamie Hince and Kate Moss matching make-up Indeed, Sandra Bullock was recently spotted carrying off the look as she guided young son Louis to a children’s party in West Hollywood – but her look paled in comparison to the effectively applied make-up and meticulous costume sported by Kate. 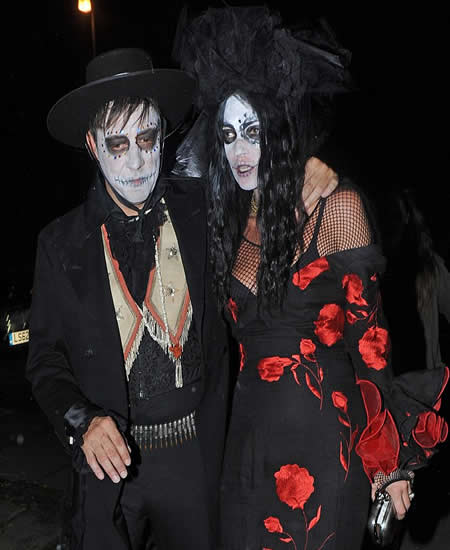 Kate Moss The willowy model’s look was achieved thanks to professional make-up artist Amy Wright, while her hair – hanging in two long curtains on either side of a large black fascinator – was styled by Sam McKnight Kate’s mulch-layered dress with its wide flare and garish floral design completed the look and added to her appearance as a skeletal senorita.Daily Mail