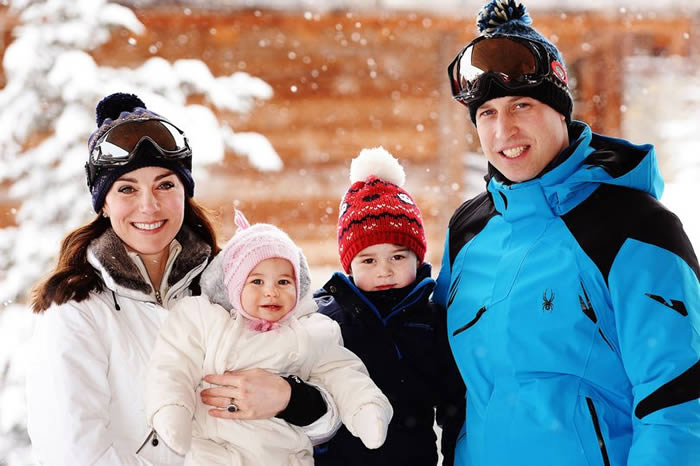 The Duke and Duchess of Cambridge are planning to take their children skiing in the new year after spending Christmas with the Queen, a source has claimed. 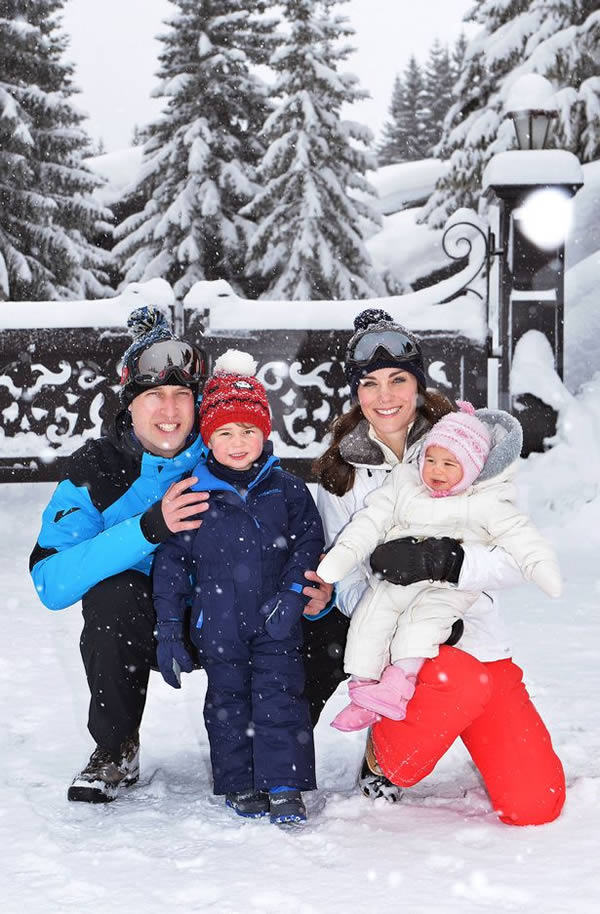 Prince George, Princess Charlotte and Prince Louis will hit the slopes with their parents and grandparents Carole and Micheal Middleton.

A source told the Sun : “The Cambridges want to head out skiing early in the new year with the children.

“Also in attendance is expected to be Kate’s parents, Carole and Michael Middleton, who will babysit back in the ski chalet.”

The family reportedly went skiing earlier this year when George and Charlotte were on their half-term holidays, but they are said to have little Louis at home.

According to the source Kate is already shopping for the perfect ski outfits for her kids ready for their trip, which will happen after they’ve returned for their Christmas celebrations in Sandringham. 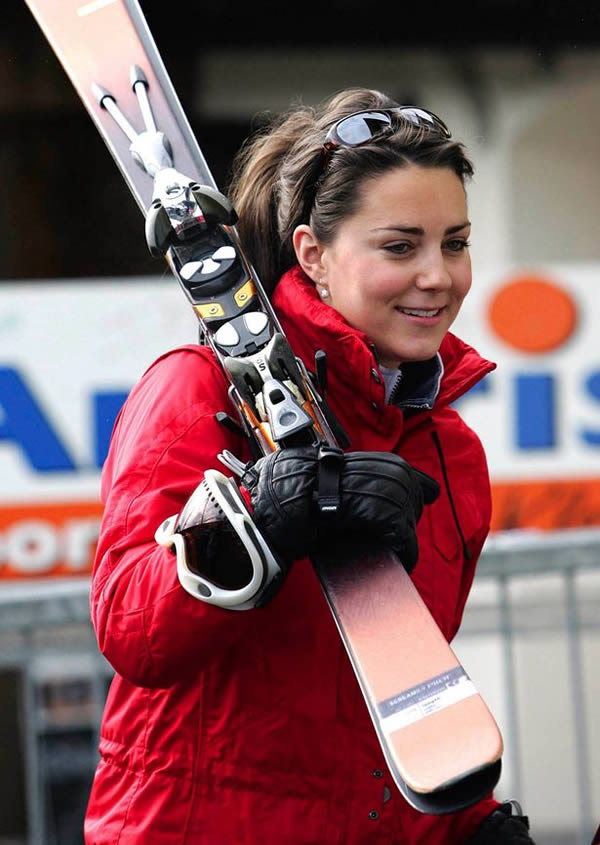 In 2016 the family treated fans to a set of adorable photos of them enjoying their winter break, with George and Charlotte wrapped up in their cute cosy outfits.

It was the kids’ first ski holiday in the French Alps, and by the huge smiles on their faces it seemed they weren’t put off by the chilly temperatures.

Kate and William are keen skiers and enjoyed romantic trips before starting their family.

They were first pictured skiing together in Switzerland in 2004 and two years later, in the same resort of Klosters, they kissed publicly for the first time. Back in 2012 the Duke booked a surprise romantic mini-break for his new wife after they spent six-weeks apart when he was flying with the RAF – whisking her off to a Swiss chalet.

The royal couple stayed in the posh ski resort of Verbier, and a source said at the time: “He wants a reunion in the most romantic possible fashion. “They’ve had some brilliant times skiing, and William decided a getaway in Switzerland, where they can wear goggles and hats and go around unnoticed, would be perfect.

“Kate was delighted when he eventually told her about his plans and cannot wait for the pair to spend some quality time together.”

In 2011 they reportedly cancelled a planned ski trip over fears it would not be “appropriate” in recession-hit times.

Nominations for the 77th Golden Globes Have Been Announced