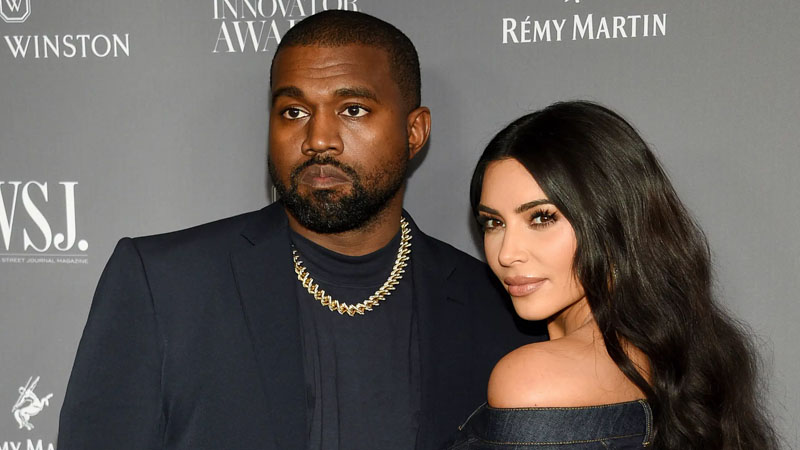 Though their split was described as “amicable,” Kanye West and Kim Kardashian are reportedly no longer on speaking terms.

Sources tell Page Six that Kanye had cut off direct contact with Kim even before she had filed for divorce last month. Kanye reportedly changed all his phone numbers and told his soon-to-be ex-wife, “You can contact me through my security.” But despite their lack of communication, insiders say the two are still co-parenting their four children, North, 7; Saint, 5; Chicago, 3; and Psalm, 1.

According to the outlet, Kanye regularly visits their kids at the Southern California home while Kim is away—an arrangement they have both agreed upon.

“She trusts him around the kids. He loves them and is seeing a lot of them,” the source claimed. “She leaves the house and he arrives and hangs out with the kids. They have an army of nannies so the transition is easy.”

The insider’s claims are right in line with a previous People report, which detailed Kanye and Kim’s alleged co-parenting strategy. A source told the magazine Kanye will spend time with his kids with a nanny present, but has requested Kim’s absence during that time.

“Kim has made it clear that Kanye can talk to his children anytime he wants,” the source said. “She has never threatened to keep him from the kids. She only requires that he is not going to damage them. She knows he loves them, and they love him. Kanye can FaceTime the kids anytime he wants.”

Kim filed for divorce last month, after nearly seven years of marriage. It’s reported that Kanye has been having a tough time amid the separation but has found comfort with his children.

“The divorce has been difficult for him, but knowing that he has access to his little ones and has split custody is making the transition easier,” another source said. “… Kanye has hope that they will reconcile, but he is not expecting that in the immediate future.”

The Rock posts extremely toned body, shares training has been ‘hardest of my career’