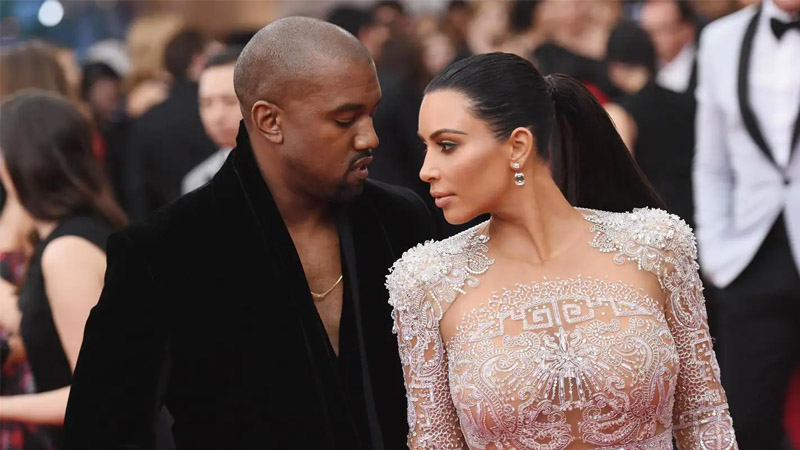 Kanye West claims he always knew Kim Kardashian would end her relationship with Pete Davidson because she has a type: “she likes Black guys.”

The DONDA rapper, who is currently involved in a controversy over anti-Semitic remarks, has never been a fan of the comedian. Though Kim and Pete have since broken up, Kanye’s online harassment of Pete Davidson is said to have prompted the comedian to seek therapy.

However, Ye stated that their recent breakup was unavoidable because Pete is not her type.

“I mean I knew there was no way she could love this dude,” Kanye West said during an appearance on the Lex Fridman Podcast. “Not just because he’s ugly, he’s not Black. She likes Black guys.”

Furthermore, Kanye West said Kim Kardashian’s “type” is even more specific. “Every guy that she is with looks exactly the same,” Ye continued. “Ray J, Reggie Bush, at that time Kanye West. She has a type just like how I have a type. A lot of my girls look kind of similar to her.”

Ye described his four children’s mother as “my favorite of all time” in an interview published on Monday (Oct. 24). When asked about his feelings for Kim Kardashian, Kanye explained that it arises from her biology.

“It’s just, the DNA is like … she a mix of Rob and Kris,” Ye said, referring to Kim’s parents, Robert Kardashian and Kris Jenner. “That’s a really high pool right there. Those are like two geniuses.”

During an interview with Piers Morgan, Kanye West described himself as “the living” version of Kim’s late father.

A 50-year-old bottle of Glenfiddich Scotch whisky sells for $27,000