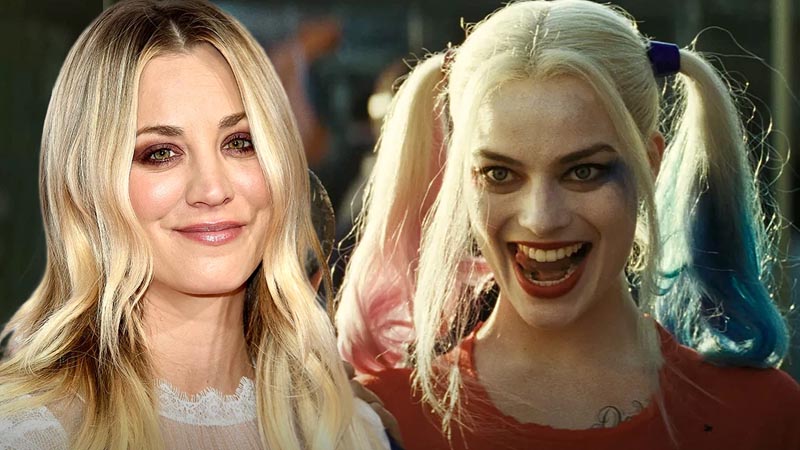 From Cesar Romero to Joaquin Phoenix, multiple actors have played Batman’s clown-faced nemesis, the Joker, over the years. So it shouldn’t be all that strange that we currently have two Harley Quinns. Kaley Cuoco provides the R-rated voice for the Joker’s ex on the cult animated series that launched on DC Universe before moving over to HBO Max. Meanwhile, Margot Robbie made her debut as the DC Extended Universe’s live-action version of Harley in 2016’s Suicide Squad and reprised the role in this year’s game-changing hit Birds of Prey.

While everything seems copacetic in Gotham City, some online rogues are still trying to stir up a Quinn-on-Quinn fight. During a recent Interview magazine interview conducted by David Spade, Cuoco directly addressed the rumors. “When Harley became kind of a big deal and then when Birds of Prey came out, there were all these stories that me and Margot Robbie were feuding,” she said. “But I’ve never even met her. I love her.”

Cuoco called out one bit of gossip in particular, which suggested that she and Robbie declined to share the stage together during last year’s San Diego Comic-Con. “Neither of us was even at Comic-Con, OK?” she told Spade, setting the record straight once and for all. For his part, the actor said that he thinks the two Harleys would get along like a Batcave on fire if they ever meet in real life. “She seems like a very light person, very fun, easy to deal with, and sort of treats showbiz like fun,” the actor told Cuoco, who replied with obvious admiration: “That’s very rare.”

It’s not like either actress is abandoning the role anytime soon. Robbie is part of the A-list cast that James Gunn assembled for his highly-anticipated sequel/reboot, The Suicide Squad, which is due in theaters on August 6, 2021. And after moving from DC Universe to HBO Max earlier this year, Cuoco’s Harley Quinn was renewed for a third season that’ll continue the show’s irreverent (and bloody) take on the DC Universe. “I have loved the whole R-rating with Harley Quinn,” Cuoco told Yahoo Entertainment earlier this year. “I’ve loved the swearing. I’ve loved the screaming. I’ve loved the aggressiveness. It’s totally insane and totally inappropriate — that’s why I love it. She’s a badass.”