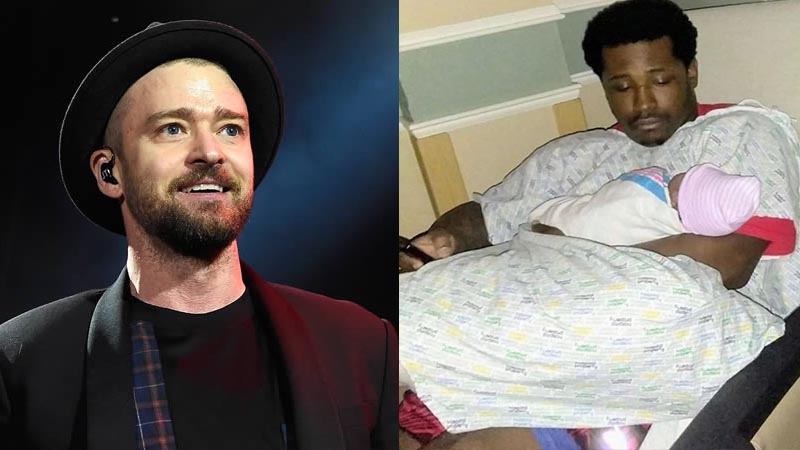 Justin Timberlake is speaking out about the death of Rayshard Brooks. The singer took to Instagram on Sunday to share a heartbreaking photo of Brooks — who was shot to death by police in Atlanta, Georgia, on June 12 — and expressed his outrage over “racism, violence, and intolerance.”

“As a dad, this photo hurts,” Timberlake wrote, alongside a photo of Brooks in a hospital room, cradling his own infant daughter in his arms after her birth. “#RayshardBrooks was a father of three girls…1, 2, and 8 years old. He should not be dead.”

“Neither should #RiahMilton, #DominiqueFells, and #RobertFuller,” Timberlake continued. “This week, these four innocent people became victims of racism, violence, and intolerance. And we’re still waiting for Justice for #BreonnaTaylor. I’m heartbroken for their families and for this country.”

Timberlake went on to say that the “system needs to change.”

“It has repeatedly shown us that Black people in America are not safe,” the singer wrote. “I’ll follow up with more resources and ways to help. Continue to SAY THEIR NAMES. #BlackLivesMatter.”

The “Bad Guy” singer shared a screenshot from the video of Brooks’ arrest, captured by one officer’s body cam which was released publicly following the fatal encounter.

“Man FK. watching this video made me so fking angry. FK THIS ST. JUSTICE FOR RAYSHARD BROOKS. FK THIS SIIIIIIIT. #justiceforrayshard !!!! WHY ISNT EVERYONE TALKING ABOUT THIS??”

Brooks, 27, was killed after resisting arrest, according to the Georgia Bureau of Investigations. Police approached Brooks, who had reportedly fallen asleep in his car in the drive-thru lane at a Wendy’s restaurant.

After reportedly failing a field sobriety test, the two responding officers decided to place Brooks into custody, at which point a struggle allegedly ensued. Brooks reportedly took one of the officer’s tasers and ran. According to an autopsy, Brooks suffered two gunshot wounds to his back. He subsequently died of organ injuries and blood loss during emergency surgery.

His death sparked another wave of intense protests against police brutality and racial injustice in Atlanta. The city had already been the site of massive protests for weeks following the killing of George Floyd by police officers in Minneapolis, Minnesota on May 25.

The day after Brooks’ death, Atlanta Police Chief Erika Shields resigned from her role, and both officers involved were suspended. On Sunday morning, the officer who shot Brooks was fired.

07 Reasons Walking Is the Best Exercise