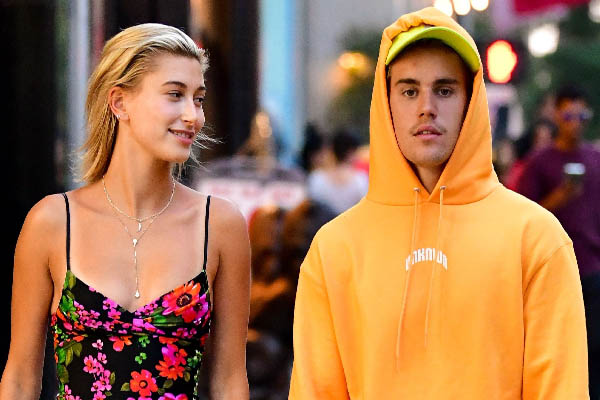 The couple, who wed in September 2018 and again a year later, debuted their new 12-episode show, which will be filmed on GoPro cameras in and around their Toronto home. In the premiere episode, Bieber, 26, and Baldwin, 23, venture out to a nearby lake for a boat ride to get candid about the highs and lows of their relationship, including their breakup in 2016.

Speaking about how she regained trust and confidence in Bieber, who reminded her how “at the time there was so much hurt and so much pain,” Baldwin reflected on a time when she focused her own well being.

“I think that one thing that’s really important is that from the time you and I ended and were not on good terms, I was on my own essentially. I didn’t just throw myself into a relationship, throw myself into something else to try to … distract myself and forget,” she told him.

“I didn’t search for somebody to take your place and take another relationship or fill a void in that way. I really let myself feel the emotions I was feeling. It feels like grieving, it is grieving actually. You feel like you lose someone you really, really love and care about,” the model said. “I just remember I cared about you so much that I was like, ‘It doesn’t even matter to me if he’s in my life, in like, a romantic way. I just care about him so much that I want us to be in each other’s lives and that be okay.’ “

Baldwin continued, “When I looked back on it, it was the best thing that we took time apart and had time to do our own thing. I felt like I found my footing in my career and on my own and as a young adult. I did a lot of work by myself and on my own before we got together.

The pair rekindled their romance in the summer of 2018. “By the time we got back together, I felt like I experienced enough. I met a lot of different people, I hung out with different people. I had experienced other people where I was like, ‘I’m cool if I never speak to another human again, another guy again.’ It didn’t matter to me. I felt like I knew what I wanted,” she recalled.

Before we got together I had a lot of doubt, I didn’t even know what was happening in your life. I was a little confused … and once we started hanging out again, obviously we have a lot of mutual friends. They would tell me that you were really working on yourself and doing really well,” Baldwin said. “They were really impressed with how you were living your life and trying to keep to yourself. You weren’t on any f— boy s— anymore.”

Bieber also reflected on their time apart. “Forgiveness too, there was a lot of forgiveness that you needed to have towards me. And vice versa. We both had made mistakes and I think when we understand how much God’s forgiven us and given us grace, it gives us the ability to give each other grace,” he said.

After an inseparable summer together, Bieber and Baldwin got engaged in the Bahamas in July 2018. A year later, they wed in a secret courthouse ceremony in New York. Then, in September 2019, they tied the knot in front of friends and family in South Carolina.

Also during the first episode, the couple answered each other’s questions about their marriage.

When asked about the most rewarding thing about marriage, Baldwin told her husband: “Definitely is just the companionship that you get out of it. The more you work on it and fight for it to be solid, it takes a lot of work. Wouldn’t you say?”

While agreeing with his wife, Bieber said, “absolutely,” as he listened to her speak about their romance. “We’ve had to work hard on our relationship. I think that pays off in a way where you just become so connected to each other, and so close and just solid with each other,” she said. “Obviously, you’re my best friend. I think that’s the biggest payoff, you get a best friend to do everything with.”

And on the best thing about being married, Bieber said, “I think the security marriage gives you is that you make a covenant before God to love that person for better or for worse, in sickness and in health.” Referencing his Lyme disease and his recent health, the singer added, “You’ve done amazing for me. You were there when I was really struggling. This season, I feel like I’m in the best place I’ve ever been. You and I are the closest we’ve ever been, it’s really fun to experience new things with you, travel with you.”

Meanwhile, he spoke out the hardest thing about being married and said he’s still a work in progress. “There’s a lot of things I need to work on. Forgiveness things, jealousy things, insecurities that I didn’t even realize I had until I chose to spend my life with you. Realized there were blind spots in my life that I didn’t realize I had,” he shared. “That was really hard to work through those things but I think when you choose to work through those things, I feel like now that I’ve worked through that stuff, you and I are closer than ever.”

6 Simple Dating Tips for Men Over 40