Justin Bieber is supposed little mature after his interview in which he talked about sex, abortion, rape and puberty.

Justin Bieber answered many questions about puberty in his recent interview with a magazine many of which were controversial. When he was asked about sex, he replied, “I don’t think you should have sex with anyone unless you love them. I think you should just wait for the person you’re… in love with.”

And on abortion Justin Bieber said, “I really don’t believe in abortion. It’s like killing a baby?” though the answer about rape was controversial with reply, “Well, I think that’s really sad, but everything happens for a reason. I guess I haven’t been in that position, so I wouldn’t be able to judge that.” 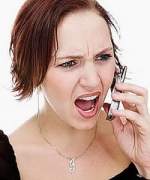 Introducing, Selma Blair: A decade since my MS diagnosis, it’s tough to see this documentary on her treatment