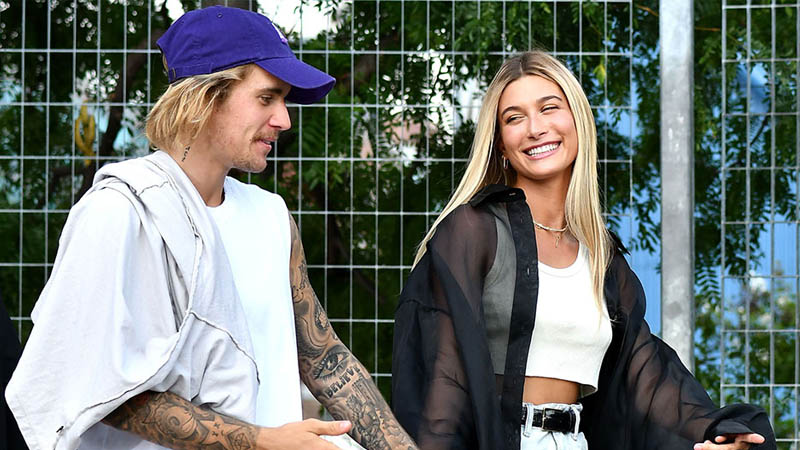 Justin admits that the pandemic has played a significant role in strengthening his relationship with his wife.

Justin Bieber is in a happy place with wife Hailey Baldwin. The couple recently celebrated their 1st wedding anniversary, and they look so much in love. Be it their tattoos or their constant dinner date spottings; these two sure know how to paint the town red with their romance.

We all are struggling amid the pandemic since the past few months. Many things have changed for most of us. But, Justin admits that the pandemic has played a significant role in strengthening his relationship with his wife.

According to reports, Justin Bieber has admitted to having more confidence in his romance with Hailey Bieber. He explained that the pandemic has allowed them to spend quality time together and to focus on their relationship.
In a preview of Justin Bieber: Next Chapter, his new YouTube Originals documentary, the singer explained: “Tour’s cancelled, and I had to adapt to that. It allowed us to take a step back and focus on each other. That was a beautiful thing. And that turned into working on an album.”

In the preview, Justin Bieber also discussed the overarching ambitions he has for his music. He shared: “I want to make content that will inspire and make people happy. It’s growth, and it’s hope.”

The upcoming YouTube documentary comes after Justin Bieber: Seasons, which followed the Singer as he worked towards releasing his Changes album. The new special will instead give fans a behind-the-scenes look into his life today, as Justin discusses the impact of the lockdown and the pressures of fame.

He previously explained: “Connecting with fans and bringing them into my life is really important to me. I’m excited to catch up with them and to share the progress I’m making, the new music I’m working on, and what I’m excited about for the future.”

Earlier this year, Justin Bieber gushed about Hailey Baldwin in an interview, describing the model as the “best wife in the world”. The Singer feels “honoured” to call Hailey his wife. He said: “I’m freaking married now. I got the best wife in the world. She supports me through so much. I’m really honoured to be her husband.”

Kim Kardashian Compares Her Met Gala Weight Loss to Actors: “I was determined to fit”