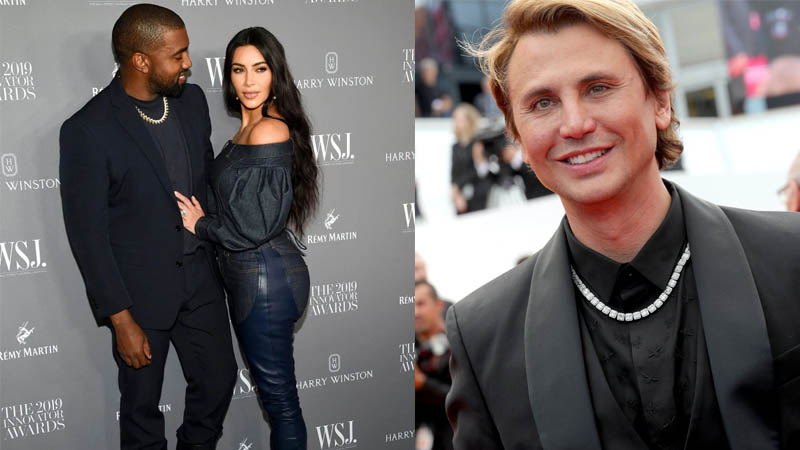 Jonathan Cheban, a longtime buddy, is hoping Kim Kardashian and Kanye West reconcile so he may once again wear his Yeezy sneakers. With the exception of Beyonce and Jay Z, Cheban believes Kardashian and West are a match made in heaven and the perfect celebrity power couple.

When asked if there was anyone else more suited to each other than Kim and Kanye, he said, “No there’s not. Maybe Jay Z and Beyonce, I don’t know.” He wouldn’t say which power couple/former power couple was in charge because he didn’t want the Beyhive to come after him.

While the 47-year-old is skeptical if the power couple would rekindle their relationship, he’s hoping it’s “soon because you know what I’m tired of wearing Nikes I’m trying to wear those Yeezys again!”

“I need to get that friend and family [discount] back!” he joked. Despite the fact that Cheban is compelled to take Kim’s side in the divorce, the TV host remains immensely supportive of the rapper and his aspirations, saying: “Kanye is brilliant, I love him. He’s a genius.”

The most unresolved issue between the two, according to Cheban, is the distance. “There’s just a lot of flying, we’re all on planes every week,” he said candidly. “That’s the problem.” In all seriousness, Cheban does genuinely want the couple reunited. “I wish they would get back together,” he said.

As per Toofab, while he stated that he hasn’t seen Kanye as much since the split, he insisted that he would never abandon him.

After six years of marriage, the KKW founder and the Yeezy founder filed for divorce in February 2021. The couple is seeking shared custody of their children North, 8, Saint, 5, Chicago, 3, and Psalm, 2, according to TMZ. In addition, Kardashian paid West $20 million in cash to buy out the balance of their joint property.

Despite their split, Kim and Kayne have remained supportive of each other’s careers, with Kim attending Kayne’s “Donda” album listening parties and the rapper offering business advice to Kim’s now billion-dollar empire.

Kim, on the other hand, has recently been linked to Pete Davidson.

Britney Spears in Peach Blouse and Towering Heels in LA