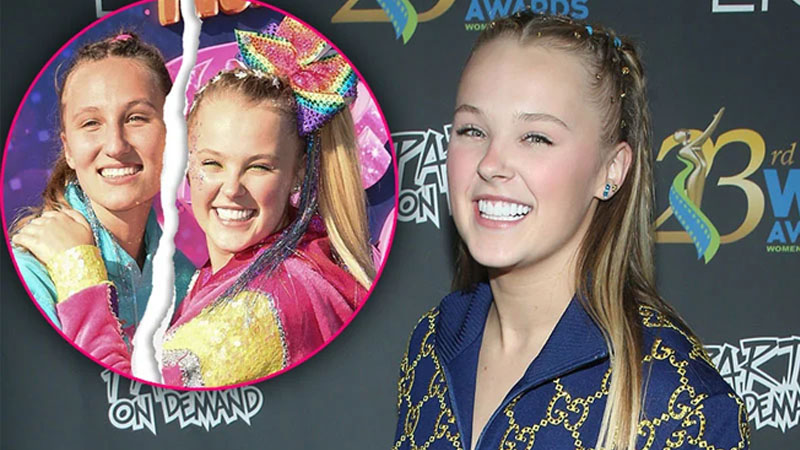 Kylie Prew and JoJo Siwa appear to be the friendliest of exes. In an interview with Paris Hilton, the “Dancing with the Stars” contestant admitted that she and Prew had broken up, but asserted that they were still on good terms.

“I have yet to talk about this officially, publicly, but we broke up,” Siwa said on the “This Is Paris” podcast Tuesday. “But she is literally still my best friend. I talked to her yesterday. She just got a new puppy. She’s awesome. She’s having the time of her life, I’m having the time of my life.”

Before the split reports arose in October, Siwa, 18, and Prew had been together for less than a year. They had recently made their red carpet debut at the premiere of Siwa’s latest film, “The J Team,” in early September.

“I’m really lucky that I didn’t lose her completely because, you know, even though relationships end, friendships don’t have to end,” Siwa told Hilton, 40, adding that’s something she “didn’t know could happen.”

Their breakup was a case of “right person, wrong time,” according to the former “Dance Moms” star.

“I was very happy that it can be because that’s all I wanted,” she explained. “But I’m really happy that I remember all the fun times, all the good times, and nothing bad happened.”

As per Sportsgrindentertainment, Siwa stated that her “hectic schedule” and age had a role in the breakup.

Siwa first opened up about her relationship with Prew on “The Tonight Show” in February, describing her as “the most amazing, wonderful, perfect, most beautiful girlfriend in the whole world” and crediting her with encouraging her to come out as a member of the LGBTQIA+ community.