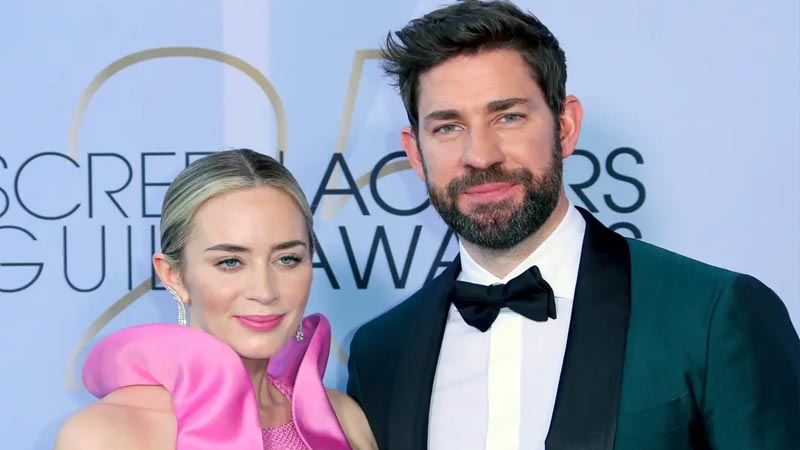 John Krasinski and Emily Blunt are one of the most popular couples in Hollywood. Reports even deem them as a “true definition” of “couple goals.” Over the years, fans and supporters have followed their love story. Starting from their first date in 2008, even up to date, with their latest success in A Quiet Place, followers could not reportedly get enough of them.

While many people admire them for what they have, several have pointed out that their relationship “mimics” the one that Jim Halpert and Pam Beasley has in NBC’s The Office, according to Cheat Sheet. As stated, John and Emily are like the real-life version of Jim and Pam.

The Office‘s Jim and Pam

Jim Halpert and Pam Beasley are the popular fictional couple from one of NBC’s top series materials, The Office. John Krasinski and Jenna Fischer played the roles, respectively.

For nine seasons, avid fans and shippers have followed the love story of Jim and Pam, which started in a close and tight friendship. Jim had to “actively” pursue Pam, in the beginning. Aside from the fact that Pam was engaged to someone else, Pam also seemingly treated Jim only as her best friend.

John Krasinski pursued Emily Blunt
John Krasinski and Emily Blunt first met in 2008, according to Insider. Although their relationship started with a close and tight friendship, as well, they were both single and “not looking” at that time. So, it came as a surprise for both of the celebrities when they reportedly realized that it was “love at first sight.“

Despite this, the Jack Ryan actor reportedly “pursued” Emily Blunt actively, much like how Jim pursed Pam. This is why many fans sought that they are the real-life versions of Jim and Pam.

John described himself as Emily’s “stalker”
John previously revealed that he had had a huge crush for the English actress. He once said that he was his now-wife’s “stalker” after sharing that he watched The Devil Wears Prada over “75 times” because of Emily.

After dating for less than a year, John Krasinski proposed to Emily Blunt, which eventually led to their private wedding in 2010, in Italy. They will celebrate their tenth wedding anniversary this July.