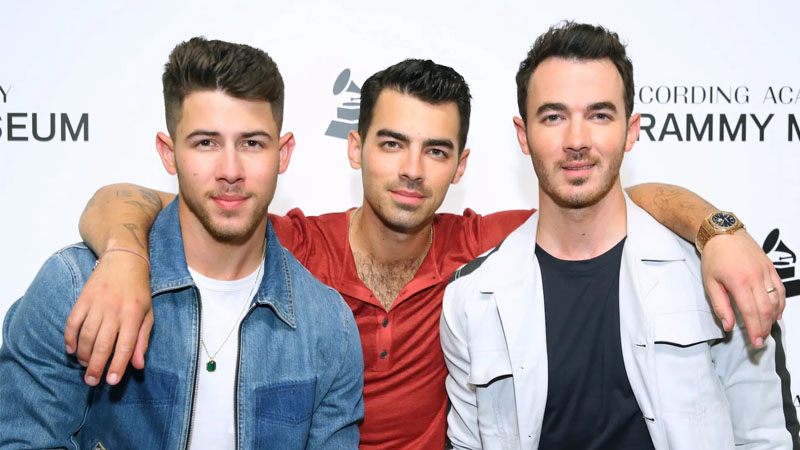 Joe Jonas is getting deep.

On Tuesday, the singer and member of the pop groups the Jonas Brothers and DNCE, shared an excerpt from the brothers’ forthcoming book, Blood, on Instagram. The post details how he felt when he and his siblings, Nick Jonas and Kevin Jonas, decided to take a break from their band after Nick admitted his “heart was no longer in this.”

“The tsunami inside of me built until it broke and crashed through everything in its path. But sometimes things need to break down so they can be built up again on a stronger foundation,” Joe captioned a black-and-white picture of the brothers looking over a mountain. “As we grow through our lives, I know I’ll always have my brothers, as family, as friends, and as BLOOD.”

The second slide in Joe’s post features a full excerpt from the book.

“When people picture tsunamis, they usually think of it as this majestic, perfectly formed wave that ends in tragedy and destruction. It’s brilliantly blue and crests above the horizon as it approaches landfall. It’s almost a work of art,” the excerpt reads. “That’s not really what a tsunami looks like. It’s ugly. It’s not really even a wave. The ocean simply doesn’t stop when it hits land. It builds up at the shore, and, when there’s too much displacement, the water breaks free and the ocean spills forth, collecting filth and destroying everything in its path.”

The singer adds, “I walked into that meeting like a tourist going to the beach. I kicked back on the couch, said, ‘What’s going on,’ and put my feet up. I didn’t see the tsunami coming. And the tsunami was inside me, building up as Nick spoke.”

“I still remember the exact words he said, which were a bit different than what Kevin recalled but hit me a lot harder: ‘My heart is no longer in this,'” Joe said. “It was like something our dad would say. Very pastorlike. Something an old-fashioned gentleman might say to his partner when getting divorced. It felt formal, serious… and permanent.”

The “tsunami” building inside Joe was set loose by his older brother’s response. “Kevin was going on about a breakup tour. ‘We can figure this out,’ he was saying,” writes Joe. “‘We’ll just say, ‘This is it. We’re breaking up. And we’re going to do this farewell tour.’ How could he be cool with this so quickly? It was all over, and he was trying to market it. This was not okay. I opened my mouth to speak, and the words burst out.”

JoBros fans can read about the band’s split, reunion, and more when the memoir – which alternates between each brother’s perspective and is co-authored by Neil Strauss – hits shelves Nov. 9.