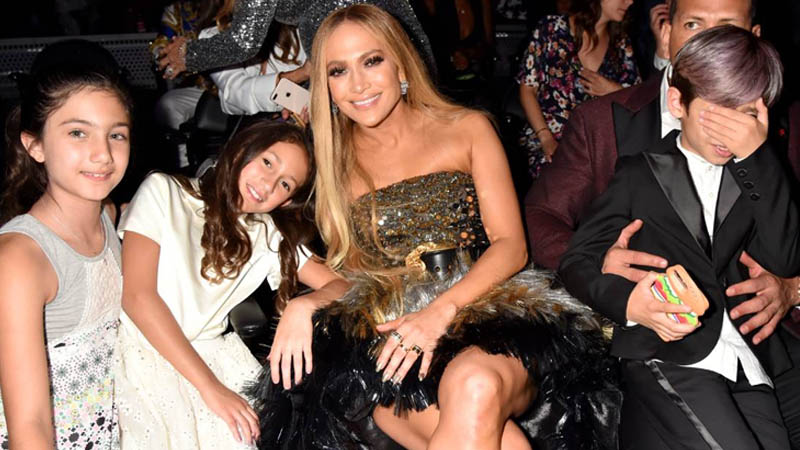 Jennifer Lopez’s family are incredibly close, and this week the Jenny from the Block hitmaker has been spending time at her home in the Hamptons, close to her sister Lynda Lopez, who lives in New York. The Hustlers star and her younger sibling have children close in age, and while Lynda was working this week, her daughter Lucy enjoyed hanging out with her famous aunt and cousins.

J-Lo took her twins Emme and Max, 12, and Lucy to the beach this week, and Lynda shared a sweet photo of them playing in the sea on Instagram. “What my girl is doing today while mommy is stuck bringing home the bacon… #sociallydistanced beach time with fam,” she wrote in the caption. Alex Rodriguez and his daughters Natasha, 15, and Ella, 12, were also present during the fun day out.

Jennifer and Lynda were raised in the Bronx, New York, with their older sister Leslie and parents Guadalupe and David. Lynda has carved out a career as a successful journalist, and last month Jennifer revealed her pride for her younger sister, after it was announced that she was releasing her first book, AOC.

The novel is about politician Alexandria Ocasio-Cortez, also known as AOC, and is out in November. “So proud of my baby sister on her first book!” Jennifer wrote on Instagram, alongside information on Lynda’s book.

Although Jennifer and Alex are primarily based in Miami, the celebrity couple spend as much time as they can with Lynda and Lucy, and are often pictured out with them. The family got together for Fourth of July, where they enjoyed a baseball tournament in the garden, along with J-Lo’s parents.

The mother-daughter duo are also often pictured with Jennifer and her family at red carpet events. Jennifer and Lynda appeared on BUILD together in 2017 to chat about their childhood. When asked whether they used to fight as children,

Lynda replied: “Not me and her, but you know there’s three of us right? When we were kids those two would beat up on me.” Jennifer replied: “We did not beat up on you. We were all very close in age – don’t imagine us on a child infant, it wasn’t like that, she’s a year and a half younger than me okay!”

Viral TikTok video of a live Turkey Next to one in oven...

5-Year-Old Boy Diagnosed With Brain Cancer after Throwing Up At the Same...