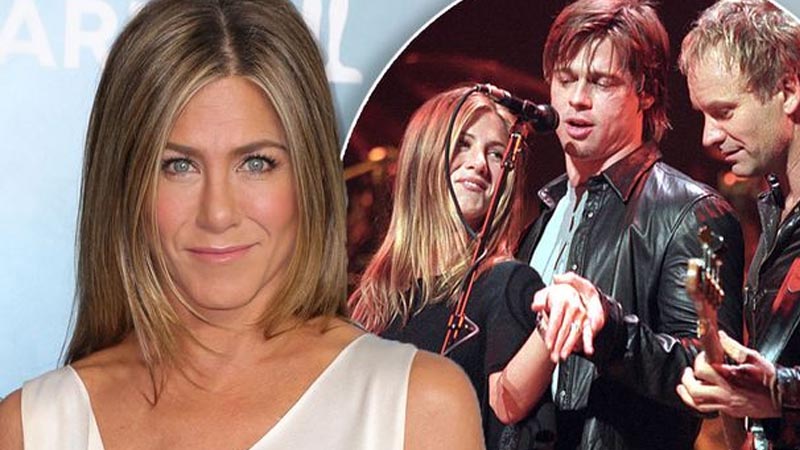 Jennifer Aniston is still wearing the engagement ring given to her by Brad Pitt, according to reports in US media.The 51-year-old Friends actress is thought to have kept the $500,000 ring that Hollywood legend Brad gave her when they got engaged in 1999. While that might not be a major deal, The Cheat Sheet has reported that she wore the huge diamond ring when she met Brad face-to-face earlier this year.

The entertainment gossip site has said that eagle-eyed fans had seen her wearing a ring that very much resembled the one that Brad gave her more than 20 years ago, when she met him at the Screen Actors Guild Awards at the beginning of the year.
The site has claimed that it was photos of the pair smiling and chatting with each other that shows Jen wearing the ring.

Brad had a big hand in what the ring looked like when it was designed, working with Silvia Damiani to craft the ring.The design is reportedly based on a pair of earrings that Brad had bought Jen previously. Back in 1999, the $500,000 was a hefty sum (equivalent to $769,474 in today’s money) and Brad would later take designer Damiani to court after her company started selling replicas of the ring.

It was allegedly agreed that the ring would be a one-off, unique design.The ring featured a large centre stone which was surrounded by a spiral of smaller diamonds.Coincidentally, when Jennifer got engaged to her second husband, Justin Theroux, he also splashed out $500,000 on a ring for his wife-to-be.With rumours of a reconciliation between Brad and Jen, 15 years after their divorce, the reports that she has kept the ring will be only lead fans to speculate further that the once ‘golden couple’ of Hollywood, will once again become a romantic partnership again.