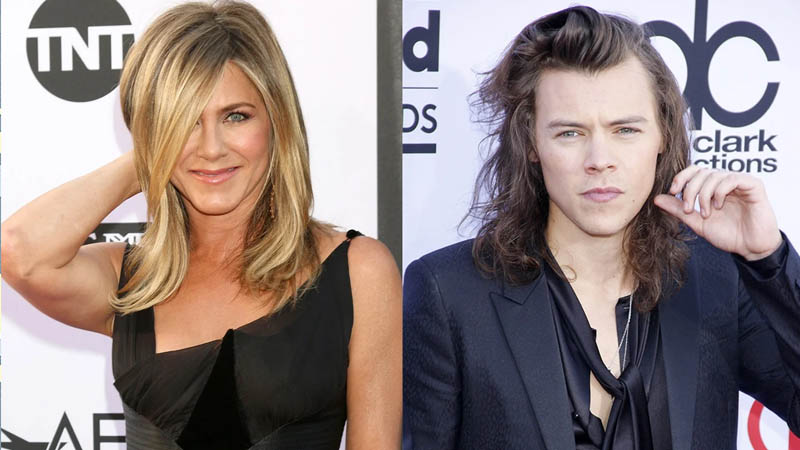 New Idea published the dubious claimed about Jennifer Aniston this week, saying that the Friends star has her eyes set on a slew of younger men.

The tabloid then went on to name some of Aniston’s alleged prospects starting off with Harry Styles.

According to a source, Aniston was one of the singer’s first crushes. Since the former One Direction member is friends with Aniston’s co-star, Courteney Cox, the latter is helping them connect.

“She’s friends with Harry through Ed Sheeran, who used to crash on Court’s couch in the early days of his career. Thanks to Court’s attitude, Jen slowly came around to the idea. And as Harry has a reputation for being into women who are more, well, experienced than himself, let’s just say he indicated he’s very interested,” the source said.

An insider claimed that Laich shares some physical similarities with Aniston’s ex-husband, Brad Pitt. And this may, allegedly, be one of the reasons why she’s interested in him.

“It would be nice to see Jen break out of her usual actor-partner mold. She’d probably have a lot of fun with an active and athletic guy. And now that Brooks is getting divorced, it might open the door for them to see if this little online flirtation can turn into real life,” the source said.

However, it is important to note that the tabloid’s claims are solely based on hearsays. After all, they were unable to provide concrete proof that Aniston is interested in the men that they mentioned in their dubious article.

New Idea is known for concocting incorrect claims about the actress’s dating life.

Earlier this year, the tabloid claimed that Aniston and Pitt didn’t just get back together; the A-listers also, allegedly, have a baby. To make their claims believable, the tabloid published a photo of Pitt carrying a baby girl whose back is turned toward the camera.

If Aniston and Pitt got back together and have a child together, more reputable sources would be reporting about it.