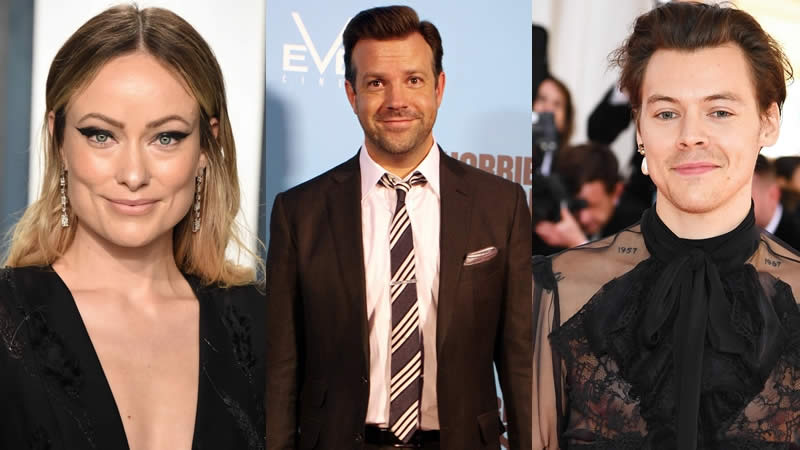 Since their split, fans have wondered: Why did Jason Sudeikis and Olivia Wilde break up? Was it because of Harry Styles or another reason?

In an interview with GQ in July, the Ted Lasso star broke his silence on his split with the Booksmart director and hinted that he was the one ultimately “responsible” for the end in their relationship—not Wilde’s new relationship with Harry Styles. “I’ll have a better understanding of why [it happened] in a year,” he said. “And an even better one in two, and an even greater one in five, and it’ll go from being, you know, a book of my life to becoming a chapter to a paragraph to a line to a word to a doodle.”

He continued, “That’s an experience that you either learn from or make excuses about. You take some responsibility for it, hold yourself accountable for what you do, but then also endeavor to learn something beyond the obvious from it.”

Sudeikis and Wilde started dating in 2011 and got engaged in 2013. They welcomed their first child, a son named Otis, in 2014. Their second child, a daughter named Daisy, was born in 2016. After nine years of dating, news broke of Sudeikis and Wilde’s split in November 2020. At the time, there were reports that the former couple had been separated since the start of 2020, but in his interview with GQ, the Saturday Night Live alum maintained that he and the Her star split in November 2020.

Sudeikis also told GQ that, while the past year as come with “personal stuff [and] professional stuff]” to deal with, he thinks”it was really neat” to be challenged. “I think if you have the opportunity to hit a rock bottom, however you define that, you can become 412 bones or you can land like an Avenger,” he said. “I personally have chosen to land like an Avenger. It doesn’t mean when you blast back up you’re not going to run into a bunch of shit and have to, you know, fight things to get back to the heights that you were at, but I’d take that over 412 bones anytime.”

He also told GQ that “there is power” in falling apart. “Because we all know that a bone, up to a certain age, when it heals, it heals stronger. So, I mean, it’s not to knock anybody that doesn’t land like an Avenger. Because there’s strength in that too,” he said.

Since their split, both Sudeikis and Wilde have moved on with new partners. Wilde is dating Harry styles, whom she met on the set of her upcoming movie, Don’t Worry Darling. Sudeikis, for his part, is linked to model Keeley Hazell. A source told Us Weekly in January that Sudeikis was “blinsided” by Wilde and Styles’ romance. A second insider also claimed at the time that “Harry was in no way the reason for their split.”