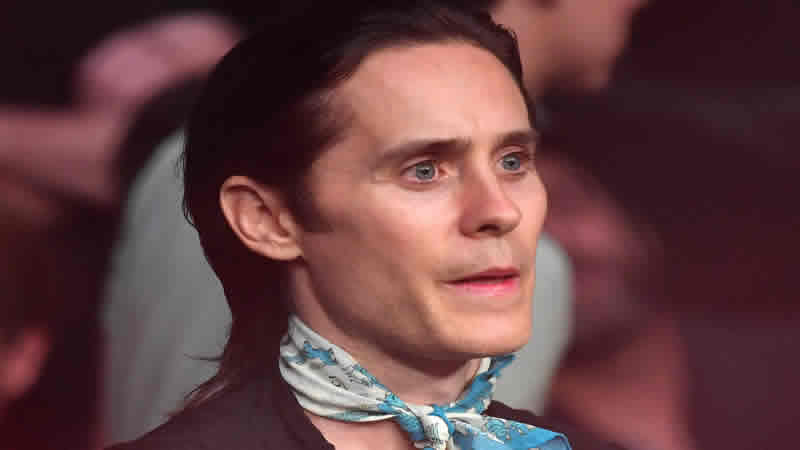 Jared Leto made quite the entrance at the UFC 264 event on Saturday, with his interesting choice of ringside attire quickly going viral.

It seems Leto’s accessories were fighting each other for fans’ attention, as others zeroed in on the actor’s neckerchief, comparing it to those worn in the movie “Pitch Perfect.”

From carrying his own head at the Met Gala to donning sequin capes and embellished coats, the star’s outfits are often a knockout when it comes to sparking memes.

“Jared Leto doesn’t give a f—k about the assignment,” another person tweeted of his latest look, which he paired with black nail polish.

Even fans were seeing stars at the UFC event, which was attended by celebrities including Sia and Justin Bieber in addition to Leto. PDA pros Kourtney Kardashian and Travis Barker were also in the audience, making the most of their on-camera time by making out in the stands.

Kardashian’s friend Addison Rae also showed up for the fight, just one day after announcing her controversial gig as a UFC reporter. The TikTok star later said she got “fired” from the role after many accused her of flaunting her lack of qualifications.