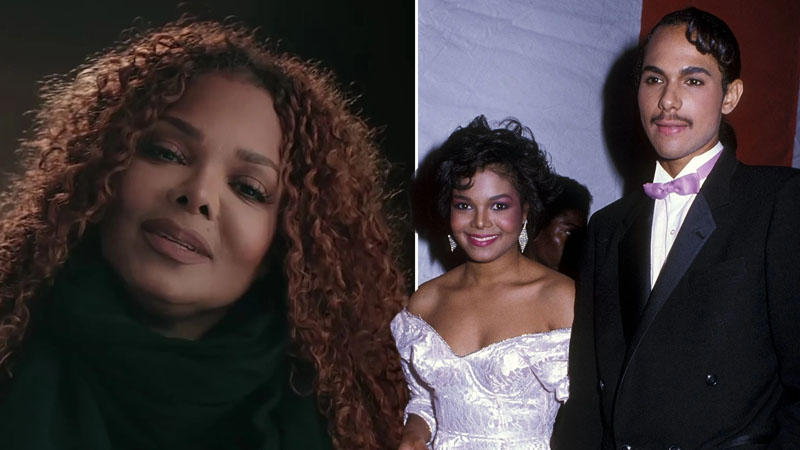 Janet Jackson’s latest documentary has already been full of shocking surprises, and her next one will address the long-standing rumors over a ‘secret baby’ she had with her ex-husband James DeBarge.

The 55-year-old star will make her Sky Documentaries debut with Janet, a film about her childhood, rise to fame, marriages, and all the controversies she has faced over the years.

The star has also used the opportunity to put an end to the rumor that she secretly gave birth in the 1980s, stating that she would ‘never’ do such a thing.

‘Back in the day they were saying that I had a child and I kept it secret,’ said Janet during an interview in the special.

According to the singer, the rumors began during her time on the NBC musical drama Fame, which aired in 1982.

‘A lot of the kids thought I was pregnant,’ she said. ‘Cause I had gained weight and I had started taking birth control pills.

‘And back then, you could pick up weight taking them, and that’s what happened to me, so that rumor started going around,’ she added.

Janet took to Instagram at the start of the year to wish her son Eissa a happy birthday; she shares Eissa with her ex-husband Wissam Al Mana.

One episode will focus on the fallout from the 2004 fiasco, in which Janet suffered a wardrobe malfunction when Justin tore off her corset and bra during a performance, resulting in the infamous nipple-gate moment.

Director Jodi Gomes previously stated that the program will look at the incident from “today’s perspective.”

She explained: ‘I think because, you know, we wanted to frame the picture and look at everything through a new lens and look at it from today’s lens to find out exactly what happened.

Janet will air on Lifetime from January 28 in the US and will be available to stream on NOW from January 31 in the UK.

Why People think Kourtney and Scott are Back Together