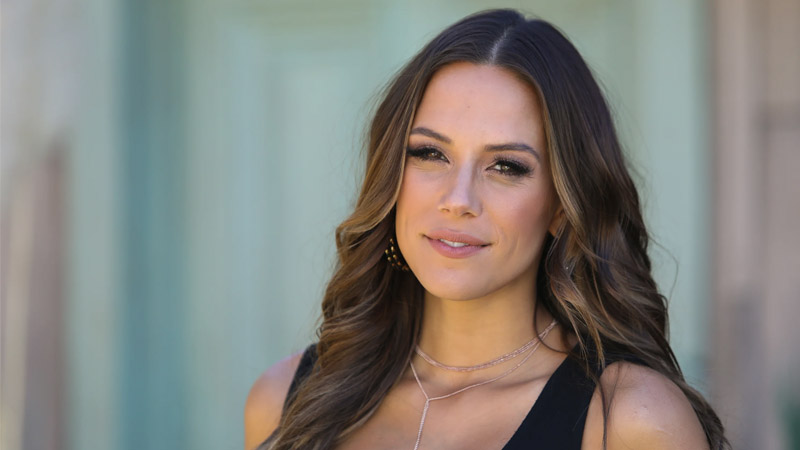 The 37-year-old star split from husband Mike Caussin in April and her “divorce present” to herself was to sell her marital jewellery in order to fund extensive renovations to her house in order to give it “new energy”.

She revealed on her ‘Whine Down’ podcast: “I have redone pretty much my entire house…I sold my ring, and that money from the ring paid for the furniture and the new additions to the house.

“I debated. I’m like, ‘I’m going to sell this ring and then maybe buy myself something.’ Like a bag, or my divorce present. [But] I was like, ‘Honestly, what would make me happiest is to have new energy in the house.’ So I took that money and gave it to [interior designers].”

Jana – who has Jolie, five, and Jace, two, with her estranged husband – felt it was important to make the changes to free her home of memories of her marriage.

She added: “This was our house and we made memories here. I needed to create a new space that felt like me and felt like mine. So now, I have someone over right now painting the bar room. I’m going to make it this really cool, girlie wine bar. So that’s helped me a lot.”

And the ‘Beautiful Lies’ singer admitted it was the second wedding ring she’d got rid of because after they split for the first time in 2016 due to the 34-year-old footballer’s infidelity, she refused to wear her original jewellery again.

She explained: “The first ring I was like, ‘I will never put this back on my hand.’

“He had re-proposed to me in Napa a few years ago with this new ring. I took every diamond he ever bought me and I sold them, because I didn’t want to look at them ever again.”

Her decision to get rid of all her jewellery gifts from her estranged husband sparked conflicting feelings as Jana wanted to keep a diamond bracelet Mike had given her to mark the release of their book, ‘The Good Fight: Wanting to Leave, Choosing to Stay, and the Powerful Practice for Loving Faithfully’, but ultimately decided to get rid of it because it “hurt too much”.

She explained: “I wanted to keep it so bad because it was such a f pretty bracelet, but it represented something that was not true. It was true that I worked very hard for the relationship, but to me it represented our book and it hurt me too much to keep that…

“It was sad, but at the same time, they can be the most beautiful things in the world, but what they represented made them the ugliest things I’ve ever seen.”