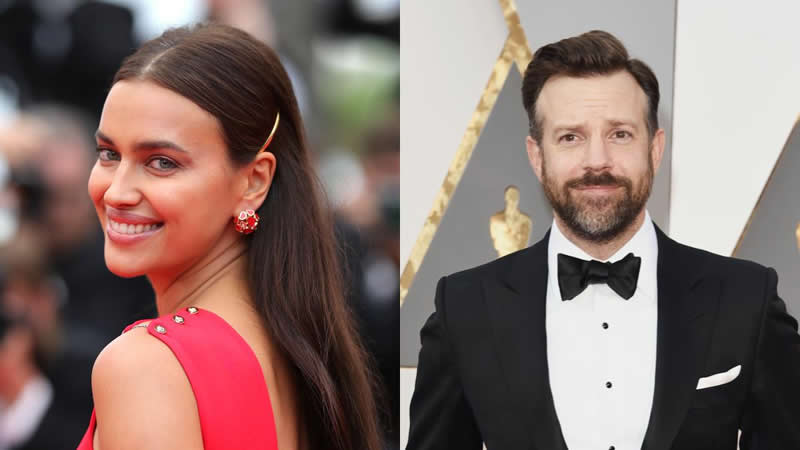 Supermodel Irina Shayk and actor Jason Sudeikis were recently spotted together at a celebratory dinner at Hunt & Fish Club this week in New York. The pictures obtained by Page Six showed the duo sharing an apparently “friendly hug.” The new pictures of the duo come in the wake of Sudeikis’ reported breakup with Keeley Hazell.

A source also confirmed to Page Six that Jason is single. “He is not in any relationship,” a source told the publication. “He’s not seeing anyone. He’s definitely not with Keeley. He’s just with his kids and focusing on ‘Ted Lasso.’”

After their recent outing, Irina Shayk and Jason Sudeikis are stirring up romance rumours, especially after Jason’s alleged breakup. Model Irina is also rumoured to be dating rapper Kanye West.

Just last week it was reported that Irina and Kanye are “still very much dating” after rumours of their breakup. a source spoke to People magazine and revealed that West, 44, and Shayk, 35, are still together.

“Irina is so upset at the lies about her and Kanye,” the source told the tabloid. Adding that Shayk was moved to take legal action to set the record straight. Of the rumours that “they’re cooling off and she turned down his invitation to Paris,” the source explains: “That’s just not true. Kanye went to Paris for the Balenciaga show to support Demna [Gvasalia].

He was in and out, only there for 3 hours.” “They are very much still dating,” the insider adds. Shayk and West recently spent time together in San Francisco — where he’s currently working — for the Fourth of July weekend.