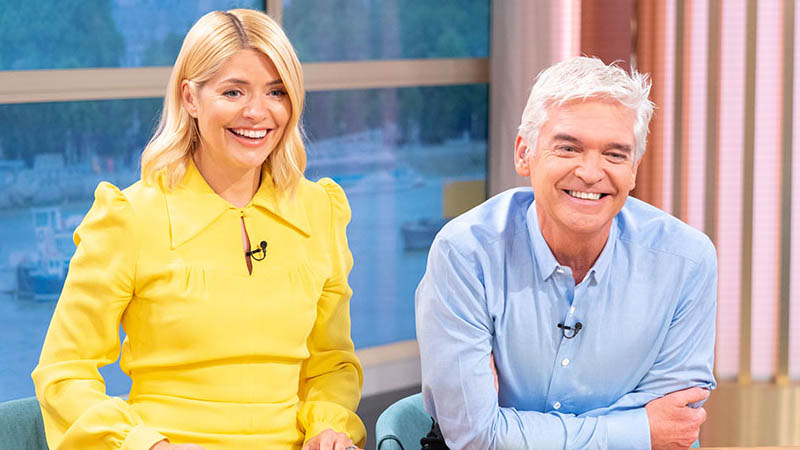 Holly Willoughby and Phillip Schofield made their return to This Morning today (September 1) and got to share a special moment.

Up until they went on their summer break in July, Holly and Phil had been hosting the daytime show together under social distancing provisions, in response to the COVID-19 pandemic.

Now they’re back, the restrictions are still in place, but they worked out a unique way to be able to share a hug.

In the studio a ‘cuddle curtain’ had been set up, which allowed them to have their first hug in six months.

The plastic curtain had arm holes and a sheet separating them so they could keep safe.

Before the hug Holly asked: “How long has it actually been since we’ve done this?” Phil answered: “A long time, since April, March.” Holly then added: “So like, almost six months?”

While hugging, an emotional Holly told Phil: “I don’t want to let go.” She then asked if it the ‘cuddle curtain’ could become a permanent fixture in the studio saying: “Let’s keep cuddle curtain in the corner.”

The pair also chatted about what they did on their summer break, with Phil letting slip that he’d filmed something exciting.

“I did The Cube for the first time in six years which was amazing, the best series we ever made,” he revealed.

“We played it with two people so some people were in their own bubble. I think it’s out in October. I’m probably not supposed to have said that, but I have.”