The 23-year-old star, who is still adjusting to her long distance marriage with Canadian ice hockey player feels happy to send Mike her intimate images of herself, though never let her face been seen in them.

“I keep it fun and interesting” said Hilary. Apart from sexy pictures, she also sends him raunchy texts to make him feel her presence.

Hilary isn’t worried about anyone else seeing her body because she trusts her husband not to show the snaps to any of his friends.

Currently Hilary is in Los Angeles, away from her sportsman spouse who plays for Pittsburgh Penguins in the NHL league.

“Now he’s gone and I’m like, ‘No, you left me too soon! What’s happening?’ That kind of thing sucks. But we’re used to that long distance thing and we’re going to figure it out. It means a lot of travelling for me this year, but that’s OK.” She said. 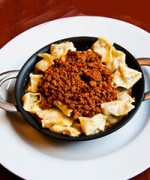