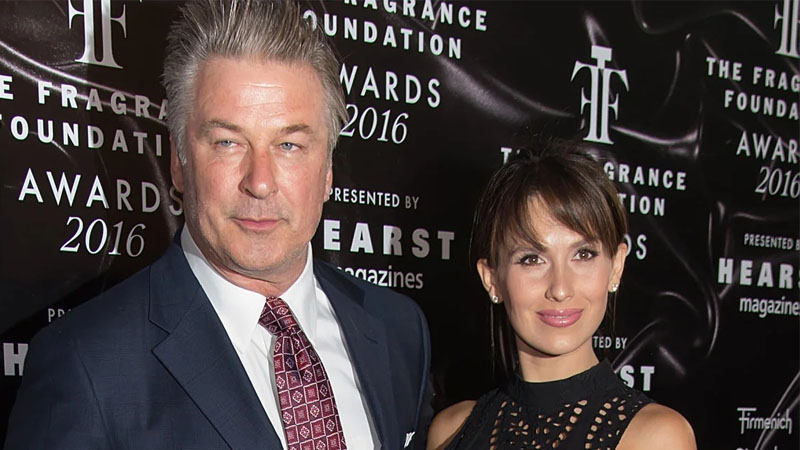 Hilaria Baldwin has broken her silence on the fatal shooting the took place on the set of her husband’s film Rust.

In a statement, his wife Hilaria said: “My heart is with Halyna. Her husband. Her son. Their family and loved ones. And my Alec.”

“It’s said, ‘there are no words because it’s impossible to express the shock and the heartache of such a tragic accident. Heartbreak. Loss. Support,” she added.

Alec also addressed the incident in a statement last week, tweeting: “There are no words to convey my shock and sadness regarding the tragic accident that took the life of Halyna Hutchins, a wife, mother, and deeply admired colleague of ours.”

“I’m fully cooperating with the police investigation to address how this tragedy occurred and I am in touch with her husband, offering my support to him and his family.”

“My heart is broken for her husband, their son, and all who knew and loved Halyna.”

Officers were called to the Bonanza Creek Ranch in New Mexico, where the incident occurred, at about 1.50 pm on Thursday, after receiving the 911 call.

Halyna, 42, was transported via helicopter to the University of New Mexico Hospital but was later pronounced dead. Joel, 48, was treated for his injuries at Christus St. Vincent Regional Medical Center and was later released.

On Friday, authorities said assistant director Dave Halls had handed the weapon to Alec and announced “cold gun”, indicating it was safe to use.

According to the affidavit, Alec was drawing a revolver across his body and pointing it at a camera during a rehearsal on the set when it fired and struck Halyna, resulting in her tragic death, and injured director Joel.

The affidavit, released on Sunday, read: “Joel stated that they had Alec sitting in a pew in a church building setting, and he was practicing a cross draw. Joel said he was looking over the shoulder of [Hutchins] when he heard what sounded like a whip and then a loud pop.”

“Joel then vaguely remembers [Hutchins] complaining about her stomach and grabbing her midsection. Joel also said [Hutchins] began to stumble backward and she was assisted to the ground.”

Camera operator Reid Russell who was standing next to Halyna at the time of the shooting told officials she said she could not feel her legs.

When asked how Alec treated firearms on the set, Reid said the actor was very careful, citing an instance when he made sure a child actor was not near him when a gun was being discharged.

The incident is currently being investigated by police officials, but no charges have been filed.