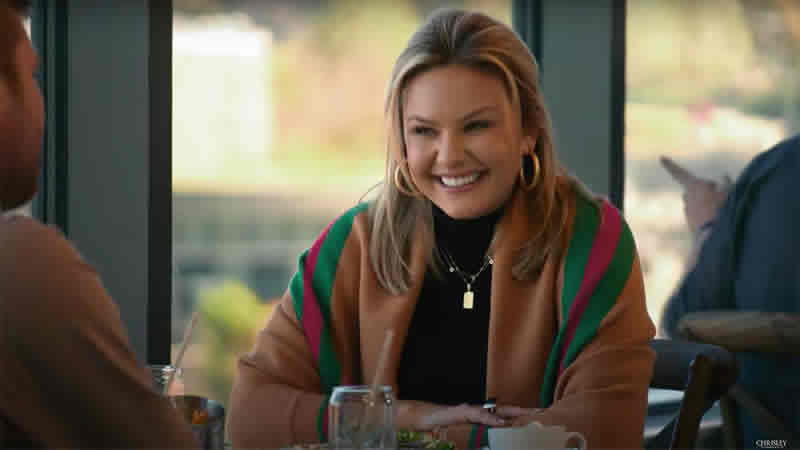 Chase Chrisley is contemplating whether he’s ready to take a major step in his relationship with girlfriend Emmy Medders.

In Growing Up Chrisley’s season 3 first look, released on Thursday, Chase speaks to Emmy about his plans to purchase his first-ever home. Showing her a photo of the property, Chase, 25, says: “I’m finally about to buy my first house.”

Emmy then suggests: “Maybe I can move in!”

But for that to happen, “that would require a ring,” Emmy tells him.

In the next scene, Chase shows his mother, Julie Chrisley, the massive diamond engagement ring that he bought for Emmy.

“You guys are not ready to get married,” Julie, 48, says while Chase jokes about the ring purchase: “Well, I did the hardest part of marriage: buying this damn thing.”

Meanwhile, Savannah Chrisley is shifting “her focus away from her boyfriend Nic and puts more energy towards her beauty brand and social life,” according to a logline for the new season.

But although her “dating life is so complicated,” ex-fiancé Nic Kerdiles still seems to have his sights set on marrying her. (Savannah announced their split in September.)

“I pictured the rest of my life with you,” he tells her. “That hasn’t changed.”

Even as the going gets tough and Chase contemplates quitting an unknown thing, Chrisley family patriarch Todd Chrisley advises him to stick it out. Todd, 52, says: “No, when you quit, that’s when you lose.”

This coming season — premiering Aug. 12 — the Chrisley siblings “are back in Nashville where they are embracing adulthood a bit closer to home. As they each enter new phases of their lives, the brother-sister duo find themselves at a crossroads in their own romantic relationships,” the logline explains.

But “no matter how independent these siblings become, they will always support one another,” the logline concludes.

Also returning next month for its ninth season is Chrisley Knows Best.

“While Todd and Julie celebrate 25 years of marital bliss, they find themselves crashing with Nanny Faye as they search for their new dream home. Savannah prepares to take over her parents former residence, but struggles to find a way to make it her own. When Nanny Faye delves into a new business venture, she finds herself in a turf war with a neighboring competitor,” reads a logline.

“Even though Grayson is now the tallest sibling, he still finds himself leaning on his older brother Chase for dating advice. Todd’s parenting is tested as Chloe wants to quit swimming and Savannah is tired of him treating her more like a business partner than a daughter,” it continues. “Whether they are enjoying a NASCAR race or a family vacation in Florida, one thing is certain, Chrisley hijinks and hilarity will follow.”

Chrisley Knows Best and Growing Up Chrisley both return Thursday, Aug. 12, at 9 p.m. and 9:30 p.m. ET, respectively, on USA Network.

The Rock posts extremely toned body, shares training has been ‘hardest of my career’

Christie Brinkley’s daughter has fans concerned in a new video