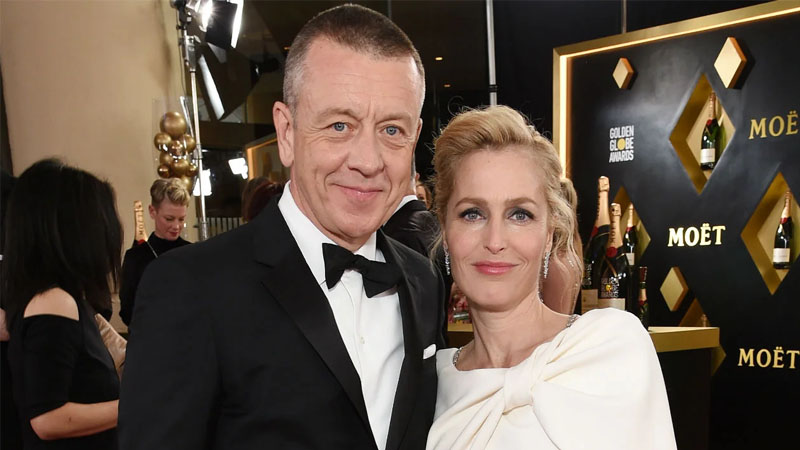 Gillian Anderson thanked her ex Peter Morgan helping her win a Screen Actors Guild Award on Sunday (04.04.21) for her role in ‘The Crown’.

The 52-year-old actress picked up the Female Actor in a Drama Series for her part as Margaret Thatcher in the hit Netflix show and made sure to namecheck her former boyfriend, who created the show, after they split last December.

Accepting her award, she praised Peter for “creating so many multidimensional roles”

She said: “To Queenie Olivia, you have won every award under the sun, and to Emma, you deserve this along with me for such a mature and accomplished performance. And to the entire Crown ensemble, who in my eyes does not get enough attention for all the depth that you bring to every episode.”

‘The Crown’ also won the Best Ensemble in a Drama Series and Olivia accepted the award on behalf of the cast and crew.

Accepting the gong, she thanked health workers across the UK: “We’d like to say thank you very much, SAG-AFTRA, and to Peter Morgan for writing so many lovely parts.

“And of course, thank you to Netflix and Left Bank for everything you did for us, we all loved it, let’s do it again. We’d all like to say thank you to our wonderful national health service during this very peculiar year. We are very lucky in the U.K. to have you. Thank you all very much!”

During a rollercoaster ride, Kim Kardashian and Pete Davidson were photographed holding hands