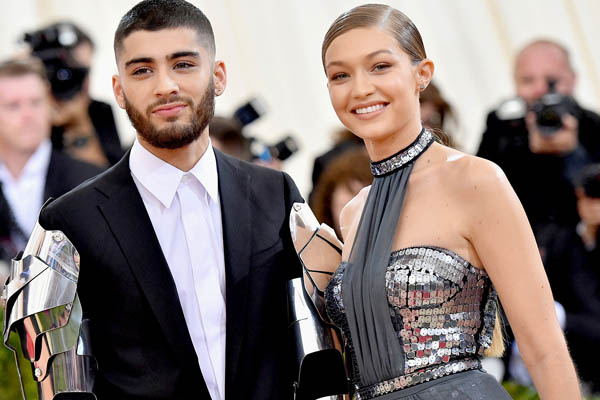 Gigi Hadid is reportedly expecting her first child with boyfriend Zayn Malik as news breaks just days after she celebrates her 25th birthday with the former One Directioner, according to TMZ.

TMZ reports the couple do not yet know the sex of the baby, and ‘both families are very excited’ for them, although neither side have spoken to confirm or deny the rumours as of yet.

The supermodel and ‘Like I Would’ singer have been isolating together on a farm in Pennsylvania during the pandemic, where Gigi celebrated her birthday with sister, Bella, mum Yolanda and a small group of friends, posting a rare snap of her and Zayn to her Instagram.

Gigi wrote an emotional post about how grateful she is for her loved ones on Instagram to commemorate the occasion. She said: “I am grateful and lucky that my family and friends -near and far- are healthy and safe, and although I missed loved ones I wish I could have celebrated with, know that these times will make us even more grateful for togetherness to be had in the future.”

“I will never forget my 25th birthday.”

The on/off a couple who have been in a relationship since 2015, reconciled in late 2019, spending Christmas together before being spotted out on Valentine’s Day in New York together. If there was any doubt they’d reunited, it was eradicated when Gigi leapt to Zayn’s defence after YouTubers Jake and Logan Paul harassed the singer outside his hotel room in Las Vegas following the Tyson Fury fight.

Sex Tips for Your Marriage