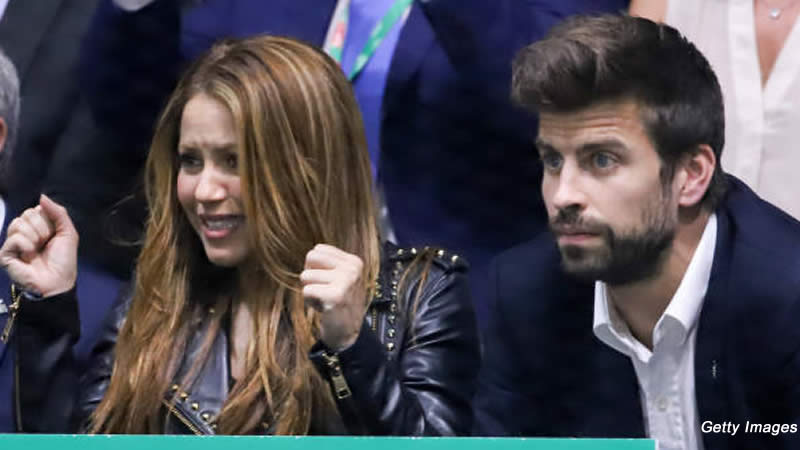 Soccer player Gerard Pique and his longtime partner, pop diva Shakira, appear to be in trouble in paradise. According to the Spanish publication El Periodico, Shakira recently caught her lover cheating on her, forcing him to leave the home they shared.

According to the newspaper’s reporters, Pique was meeting with a 20-year-old student from Barcelona, the identity of whom has yet to be confirmed.

Here are the details, via Marca:

Lorena Vazquez and Laura Fa, who are two journalists at El Periodico, have affirmed that Pique was meeting with a young blonde girl aged 20, who is a student and an event hostess in Barcelona. However, her identity has not been revealed, at least not yet.

The report claims that Pique was seen with this woman several times and that Shakira found out about this.

The report then goes on to explain their position, stating that many people close to the pair have noticed they haven’t been seen together in a while and that a statement on their break could be coming soon:

However, the relationship appears to be tense and other parents at their children’s school have stated that Shakira and Pique haven’t been seen picking up the kids together for some time.

It is even alleged that Shakira took the children to Ibiza for a family holiday in May, but that Pique didn’t join them.

He is believed to be living on his own in an apartment and was reportedly in Andorra when the El Periodico news broke, as he is the owner of FC Andorra.

Sources close to the pair believe a statement will be released shortly, although it’s not clear if this will deny the story or announce that they are splitting up.

The two have been together for twelve years, since meeting during the 2010 World Cup in South Africa. They are one of the most renowned couples on the planet.

The pair never married, but they were in a long-term, serious relationship. They have two young sons, ages seven and nine. At this moment, these are only rumors because it is difficult to think that someone would cheat on Shakira.

Pique and Shakira are two of the world’s most successful, wealthy, and gorgeous people. If the allegations are true, there will be a long line of suitors seeking the soccer and pop International stars’ attention.

Here’s a closer look at Shakira:

Will Smith is on verge of leaving Jada Pinkett Smith after she told him to ‘Shut the F*** Up.’

Tim Matheson: Meghan Markle ‘had an aura about her that was special’