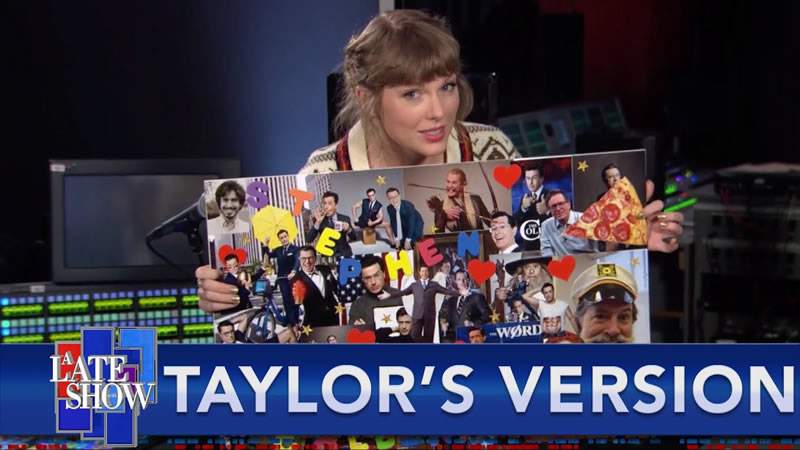 Taylor Swift may have just released an updated version of her 2008 album Fearless, but now fans think the singer is dropping clues about another coming re-release. This time, it’s her 2014 album 1989.

Appearing on The Late Show with Stephen Colbert this week, the singer did a bit with the host about how her Fearless track “Hey Stephen” is not about him. (She later claimed it was actually about horror novelist Stephen King.)

Then, she held up a mood board decorated with a number of photos of Colbert, plus a few other cut-out items such as a slice of pizza.

“The New York reference, the phone ringing, and the direct 1989 and ‘Shake It Off’ references,” another user pointed out. (”Welcome To New York” and “Shake It Off” are both singles from 1989.)

Swift has been creating new versions of the albums released with her old label Big Machine Records, after a long-running dispute with the label’s new owner Scooter Braun over the rights to her master recordings.