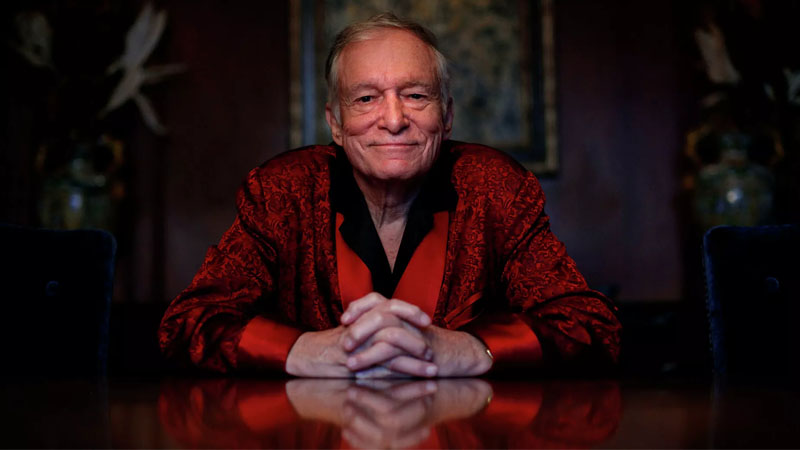 The A&E docu-series “Secrets of Playboy” revealed in an episode aired on Monday that two former employees of Playboy were sexually assaulted because the magazine condoned an environment of misogyny and sexual harassment.

P.J. Masten worked as a corporate Bunny Mother from 1975 to 1982. Bunny Mothers were responsible for acting as mentors and supervising Playboy Bunnies. In an episode titled “The Corporate Game,” Masten recalls a top-ranking executive raping her.

“He started kissing me, and he started grabbing me,” Masten said. “This was a big executive, and I said, ‘Please don’t do this.’ And he said, ‘Why do you think you came to work in corporate? You have to play the game if you want to do anything in corporate.’ I was not an active participant. He just did what he had to do and turned around… raped me and walked out,” says Masten in a terrifying recollection of her time at Playboy.

Masten says she was transferred to a corporate office located in Chicago. “It was a male-dominated atmosphere where someone could fondle you, someone could grab you…” She says that the general manager, who was appointed to the location, had control “over every one of us, and he didn’t know what bunnies were.”

Masten recalls the underqualified general manager at the Chicago location asking Playboy Bunnies sexually inappropriate questions, as well as touching them without consent, as it was a part of the ‘Mad Men era’ which Playboy encouraged, she says.

“We didn’t have a voice, women were disposable,” says Masten.

Miki Garcia was another employee of Playboy who became a victim of sexual assault. Garcia says she was raped twice by a prominent actor at an auto show event where she was employed as a Playmate to sign autographs. She says she didn’t come forward with the allegation because she didn’t want to be perceived as a “whiner.”

“I didn’t want to become a problem to Playboy,” Garcia said. “I didn’t want them to perceive me as a whiner or a person that couldn’t handle the job. And so the tough part of me kicked in. I knew this is the way it was going to go and that was it.”

Garcia says she worked to gain power in the company so that “no woman had to put up with that kind of behavior from any man just because she had a rabbit head logo on her.”

Garcia was the first female director of promotions, working for Playboy between 1973 and 1982, and used her power to make sure her rapist would never work with Playboy again.

“So, when my rapist ordered up a Playmate for a job, I simply instructed my secretary to tell him to never call again, never,” she said. “He would never, never, ever get a model from Playboy. Never.”

On the show’s website, A&E writes that “Secrets of Playboy” explores the “hidden truths behind the fable and philosophy of the Playboy empire through a modern-day lens.” The show is said to investigate sexual abuse, drug abuse, and bestiality within the Playboy world. The show has new episodes available every Monday.

In a separate episode, former Playboy bunny Holly Madison, 42, said that her time at Playboy Mansion was “cult-like.”

“The reason I think the mansion was very cult-like looking back on it is because we were all kind of gaslit and expected to think of Hef as, like, this really good guy,” Madison explained. “And you started to feel like: ‘Oh he’s not what they say in the media, he’s just a nice man.’”

Madison, who dated Hefner from 2001 to 2008, explains that there was a curfew rule, as well as an allowance rule for the women in the house. Hefner, who passed away in 2017, even told Madison to quit her waitressing job because he didn’t want her to have a backup plan in case they broke up.

Prior to the series’ premiere, the Playboy company released an open letter condemning the actions of the company under Hefner’s power.

“First and foremost, we want to say: we trust and validate women and their stories, and we strongly support the individuals who have come forward to share their experiences,” the letter began. “As a brand with sex-positivity at its core, we believe safety, security, and accountability are paramount, and anything less is inexcusable.”

“Today’s Playboy is not Hugh Hefner’s Playboy,” the letter said.