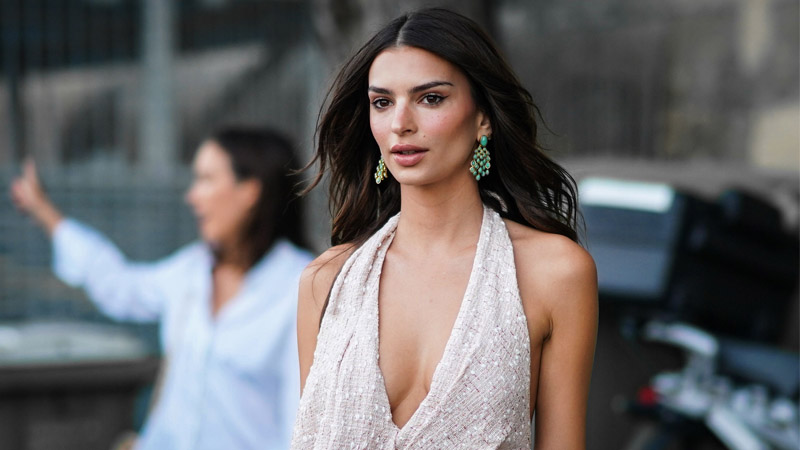 Piers Morgan, who is a father of four, shared one of the photos on Twitter, along with this message: “That’s not how you hold a baby @emrata — and your millions of followers shouldn’t be encouraged to do the same. Happy to give you some tips if you need them.”

Many people in the comments of Morgan’s tweet also criticized Ratajkowski. “It’s like an icon for today. Look at meeeeee. Not the newborn babe, meeeee, it’s all bout meeeee and just you wait for my book on parenting whilst avoiding food,” one wrote. “All she’s worried about is showing her body off. Holding the baby like a bag of inconvenience,” another said.

Ratajkowski has turned off the comments in her Instagram post, which has been liked by more than 1,900,000 million people.

Ratajkowski is hardly the first celebrity to face mom shaming. Singer Pink vowed in 2019 on The Ellen DeGeneres Show to stop posting about her children on social media after being repeatedly criticized over photos and videos that she shared. Former Olympic gymnast Shawn Johnson also spoke out in 2020 after regularly fielding comments about her parenting skills, saying in her Instagram Stories that “all of us moms are doing the best that we can. We’re trying, we’re crying, we’re pushing our way through it. So you guys should celebrate all of the mamas out there. If you have advice, try to say it in a very kind way because, let’s be real: None of us know what in the heck we’re doing.”

Even though most people are aware that mom-shaming is bad, “people love to be judgmental,” Dr. Tamar Gur, a psychiatrist and women’s health expert at the Ohio State University Wexner Medical Center, tells Yahoo Life. But what most people don’t realize is that mom-shaming can be incredibly hurtful, she says.

“All new parents are incredibly hard on themselves,” Gur says. “Our biggest fear for parents is that we’re not good enough and shaming does a huge disservice.” Gur points out that, not only is mom-shaming “really hurtful and unfair,” but that it ultimately “in some way comes out of hatred of women and lack of support for women.”

The proper way to hold a baby was brought up many times by critics, and it’s understandable to have questions. Dr. Danelle Fisher, pediatrician and chair of pediatrics at Providence Saint John’s Health Center in Santa Monica, Calif., tells Yahoo Life that it’s important to keep in mind that younger babies, usually up to four months, do not have good head control. “Their head and neck muscles are still strengthening, so you want to support the head,” she says.

But, once babies become a little older or can sit up on their own, “you don’t have to support the head as much,” she says. Holding a baby just around their torso or midsection can also increase the odds that they’ll spit up, she says.

In a perfect scenario, Fisher says, a baby should be supported under the arms, torso and head at once. “There are lots of different ways to hold a baby, and you don’t have to hold them the same way,” she says. “You just want to make sure that the baby has good support.”

Ultimately, Fisher says, the amount of support a baby needs while being held is really dependent on the baby. “We want to assess how well that baby can sit and position themselves, and respond to the needs of the baby,” she says.

Whether you know the “proper” way to hold a baby or not, if you’re ever tempted to make a comment on someone’s parenting — other than something incredibly positive — Gur offers this advice: “Don’t kid yourself into thinking that you’re helping someone or their child.”

And, if you end up being mom-shamed, Gur suggests reminding yourself that, “everyone makes mistakes and even fails sometimes.”

“If you know you are doing your best and that you are human, other people hold no power over you,” she says.