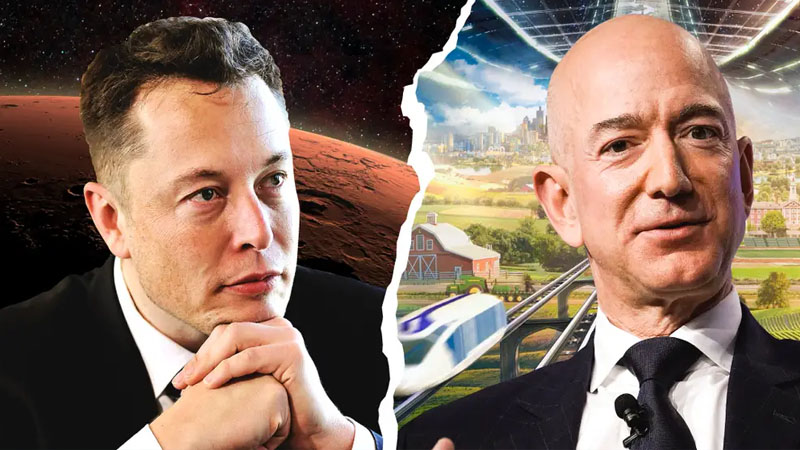 Elon Musk blasted Amazon.com Inc. and its founder, Jeff Bezos, Thursday after the online retail giant rejected a book about the coronavirus pandemic, a clash that highlights the power some big tech companies wield over speech.

Elon Musk has called for the “break up” of tech giant Amazon, following a dispute about a coronavirus e-book. The entrepreneur came to the defense of an author after Amazon’s Kindle publishing division rejected his book about the coronavirus pandemic.

Mr. Musk tagged Amazon chief executive Jeff Bezos in a tweet, saying the decision was “insane”, adding: “Time to break up Amazon.” Amazon said the book had been removed in error and would be reinstated

The author of the book, Alex Berenson, caught Mr Musk’s attention by tweeting a screenshot from Amazon, which told him that his book about the pandemic did not meet its guidelines. They censored it!” wrote Mr Berenson. “It is based entirely on published government data and scientific papers. It doesn’t say coronavirus isn’t real or doesn’t kill people.”

Mr. Musk has been a critic of government policies during the coronavirus pandemic. He has previously described shutdown orders as “fascist” and threatened to move Tesla’s headquarters out of California when a production facility was not allowed to reopen.

Last year, Mr. Bezos criticized Mr. Musk’s hope of creating a Mars colony. According to Business Insider, he said: “My friends who want to move to Mars? I say do me a favor: Go live on the top of Mount Everest for a year first and see if you like it because it’s a garden paradise compared to Mars.”

Natural Ways To Grow Your Hair Faster For Men