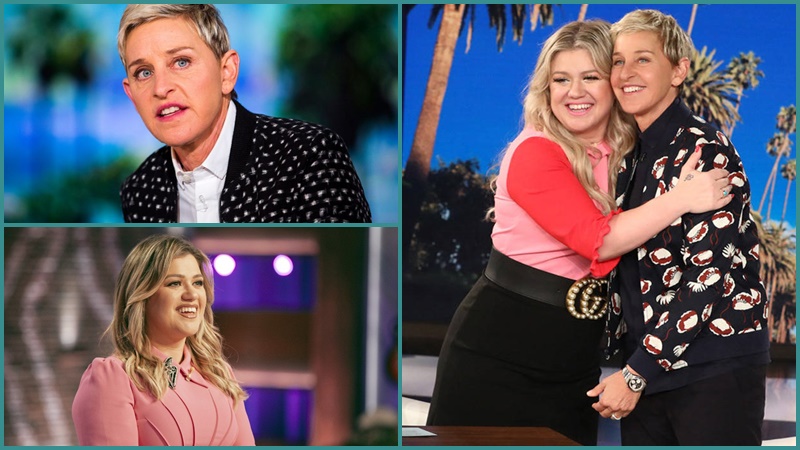 Ellen DeGeneres’s reputation has surely taken a hit after she got embroiled in a massive scandal over workplace harassment and abuse claims.

While the talk show host has already issued an apology over the chaos that broke out behind the scenes on The Ellen DeGeneres Show, some people believe that things will no longer be the same for the comedian.

Celebrity communications expert, Danny Deraney told Metro how the American Idol winner has a more fun-loving and chirpier personality which makes her a shoe-in to be soon overthrowing a big name like DeGeneres.

“There’s a genuine kindness with Kelly, she comes across as relatable and caring which is something that people of every generation can connect to,” said Deraney.

“It’s an excellent quality for a talk show host because it means you don’t have to be a fan of her music to enjoy watching her show. You can just be a fan of her humanity because there is something that radiates out of Kelly and viewers are drawn to it,” he added.