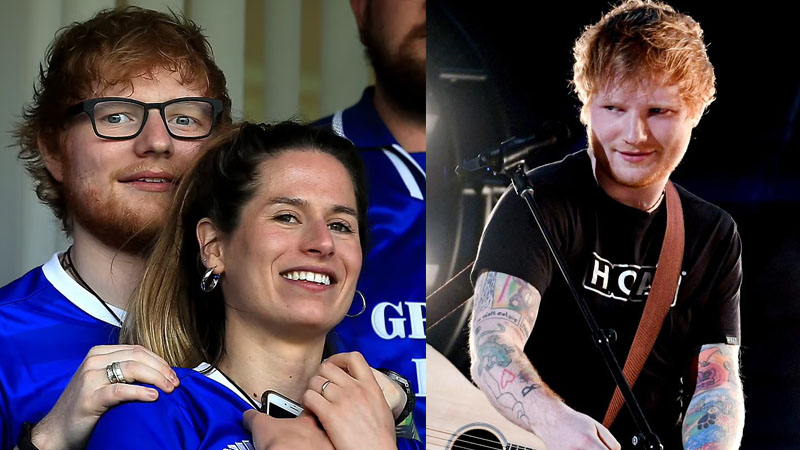 After trying to conceive with his wife Cherry Seaborn, Ed Sheeran claimed that having his daughter Lyra Antarctica was a “blessing” and a “miracle.”

The singer, 30, said as per Daily Mail that the pair had scheduled doctor’s visits to ensure that everything was in order after ‘trying to have a kid for a while.’

However, the duo had their first kid in August of last year, after conceiving spontaneously during a trip to Antarctica in 2019, which prompted the odd name. In a chat with US radio’s The Breakfast Club, Ed said, “We had tried for a while to have a kid, and we’d started going to doctors and figuring out what was up.”

He further said, “I did think it was a miracle, so that’s why I was like, we should have this in the name. A lot of it is mental. It’s about relaxing.

So many of my friends have been trying different things like IVF or making sure you’re having sex at the right time on the right day, and then they go to a wedding and get p*ssed and relax and they get pregnant.”

He added: “It’s not a given. It is a real blessing when it happens.” Meanwhile, the actor’s statement comes after Ed said earlier this week that Elton John called him often to ‘check in’ after he became a new father. As he addressed their Christmas song collaboration on The Tonight Show Starring Jimmy Fallon, the singer said that he and Elton, 74, ‘speak all the time.’

Interestingly, he said of their festive collaboration: “We’ve got a Christmas song together. Step Into Christmas gets higher and higher in the charts each year and he was like ‘I wanna do another Christmas song.”