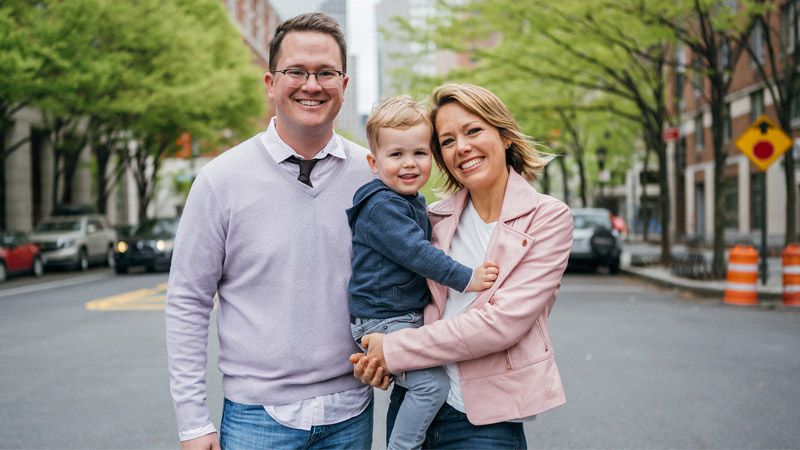 Dylan Dreyer announced happy news regarding her pregnancy that she was expecting her third child now. And then over the weekend, she had even more reason to celebrate.

Now having said that star was at last able to reunite with her mother earlier in the month following the pandemic COVID-19 restrictions and was over the moon about it.

Taking to Instagram, the co-host partook a series of pictures from their time, also that include a cute photo of them posing with Dylan’s four-year-old son Calvin. In the caption, Dylan wrote that: “I haven’t seen my mom in WAY too long!!! What a perfect weekend making up for lost time!! Love you momma!!”

One fan instantly commenting on that post writes “Such a sweet photo of you all,” while another wrote: “Moms and grandmas are the best.” A third added: “Your mom looks fun!”

On the Today show earlier in the month Dylan declared her pregnancy news.
Sitting in the studio surrounded by her co-stars, including Savannah Guthrie, Craig Melvin, and Hoda Kotb, Dylan said: “I’m holding my stomach and I don’t have to hold it in anymore,” she joked.

She continued: “We enjoy having kids. Calvin and Ollie, they’re so much fun. And we’re like, ‘Let’s try for a third.’ And it wasn’t happening so we said, ‘Let’s forget it, let’s move on.’ And then, of course, surprise!”

Savannah had the best reply to the happy news when telling her co-star that the baby should be a girl she said. “I just want you to have a girl, but I bet it’s a boy”.

Savannah proved to be correct, as later on in the show, Dylan declared the gender exposing that she was indeed expecting her third son. Having said that Dylan’s baby is due in November, and she can’t wait to meet her baby.

Jonas Brothers ask fans to get tickets for ‘Remember This Tour’