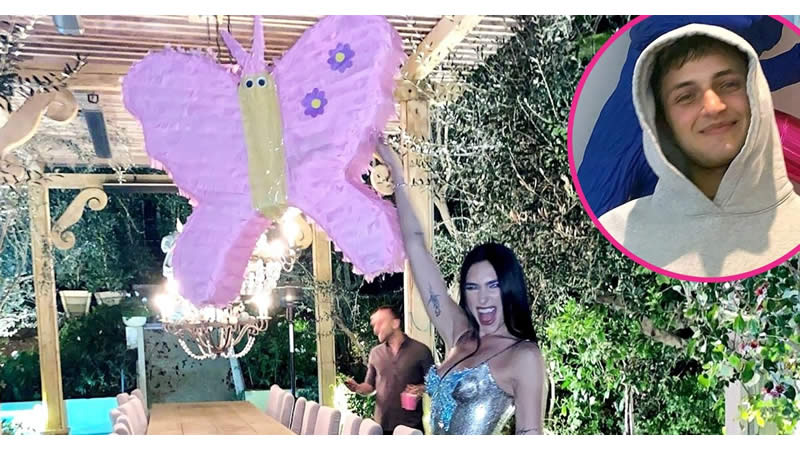 Dua Lipa took to Instagram Tuesday to share a series of photos of her butterfly-themed party organized by her boyfriend, Anwar Hadid, following her Grammy win.

Hadid didn’t attend Sunday’s Grammys award with Lipa, making fans wonder if they are still together. The 25-year-old singer — who won the Grammy for Best Pop Vocal Album and had six total nominations — shut down rumors of a split as she revealed inside pictures of the celebration featuring her boyfriend of two years.

“All the [butterflies] in da world waiting 4 me,” Lipa captioned with butterfly emoji. “my angel boy @anwarspc.
Hadid, 21, welcomed the singer home following her performance with a butterfly piñata, a giant Pikachu, big pink balloons that spelled “DUA.” In the series of pictures posted, the first one featured a close-up of Lipa’s mouth as she enjoyed a ring pop candy.

Australia Seeks One Million Vaccines For Covid-hit PNG
Moreover, Lipa flaunted her colorful glittered teeth as she licked the candy. The second picture showed Hadid with a huge pink butterfly, which seemed to be taken before Lipa arrived home.

Later in the evening, the singer posed with the piñata in her backyard and flaunted her sparkly silver dress paired with high heels. She also posted a cozy selfie with Hadid.

“Over 7 million views on our Grammy performance in less than 24hrs and #1 trending on @youtube !!! I wanna say a big thank you to my incredible team that helped put this together,” she wrote.

“@charmladonna and @aclark_4 without you two I wouldn’t be the performer I am today! Thank you @ceremony.london and @wfblive my day 1s we’ve done the smallest shows together from performing to 10 people to doing laps around the world,” she added. “Thank you Kathy @permpressmedia you’ve been working ur little butt off and we make the best team! Grateful for every day that I get to do what I love!!!”

The “Future Nostalgia” singer will soon start touring for live shows in various countries. Lipa’s first concert is scheduled for Sept. 10 in Liverpool, U.K. She will perform in Ireland, France, Belgium, Germany, Netherlands, Italy and Spain.