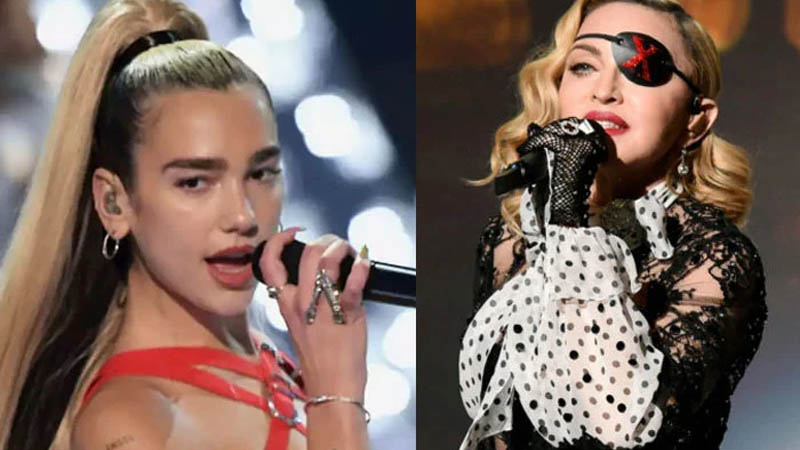 Singer Dua Lipa is planning to record duet with the Queen of Pop Madonna on a new track, asking her team to approach the 61-year-old music legend for a collaboration.

The British popstar’s manager Ben Mawson, in an interview, revealed: “We’re about to try and get Madonna on a record. I’m going to write the email and see if she’s up for a track.”

The 24-year-old singer recently admitted she hopes her career lasts for decades just like her inspiration, the ‘Vogue’ hitmaker.

“I feel like Madonna peaked at 40 or 45 and made the best pop album known, and she continues to kill it,” the ‘New Rules’ singer recently said:

When asked if Dua could emulate Madonna, Mawson responded: ‘Well it depends what you mean. She’s definitely going to have a long career. She’s definitely the complete pop star and obviously the album was heavily influenced by the Queen of Pop.”

Speaking to Music Week, Ben added: “Dua told me she aspired to be Madonna when I met her, when she was 17, and there was something about the way she said it that made me believe her! It was about her personality, her charisma, her competitiveness and her drive and that came across. Dua’s got it all, so she’s unlimited potential.”

The singer released her latest album, ‘Future Nostalgia’, in March (2020), a record that was “heavily influenced” by Madonna, according to her manager Ben Mawson.

Darren Criss flashes abs in OUT