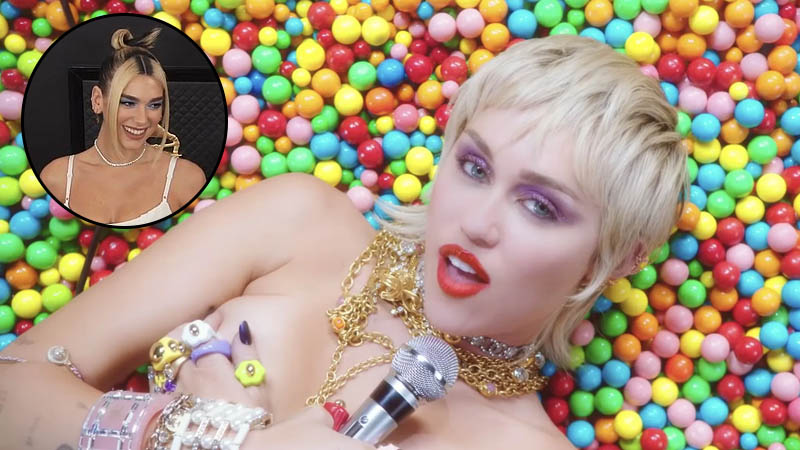 Dua Lipa, who is inspired by Miley Cyrus and Stevie Nicks, thinks that they could create something amazing if they worked together as a trio.

The pop star worked with the Fleetwood Mac singer on the track ‘That Kind of Woman’ on her new remix album ‘Club Future Nostalgia’ and recently appeared with Miley in the studio, and during the session, she got a sneak preview of her latest single ‘Midnight Sky’.

The 25-year-old, apparently dreaming to form a supergroup with Miley Cyrus, 27, and American singer Stevie Nicks,72.

Dua, during an appearance on The Capital Weekender on UK station Capital FM, said: “I was in the studio with Miley literally like a week before she dropped her track. She was so excited about it and I’m so proud of her, it’s absolutely killer and it’s amazing, and she deserves all of the amazing recognition that it’s getting.”

To a question about similarities between Miley’s single and Fleetwood Mac’s back catalogue, Dua shared her super-group idea, saying: “I mean I think Miley and I would love to form a supergroup with Stevie Nicks, we would sign up immediately, we’re ready, hit us up.”

Dua worked with big names of the music world on her remix LP, including Madonna, Missy Elliott and Neneh Cherry, and when she turned 25 on August 22 rapper Elliott sent her a voice note wishing her a happy birthday.